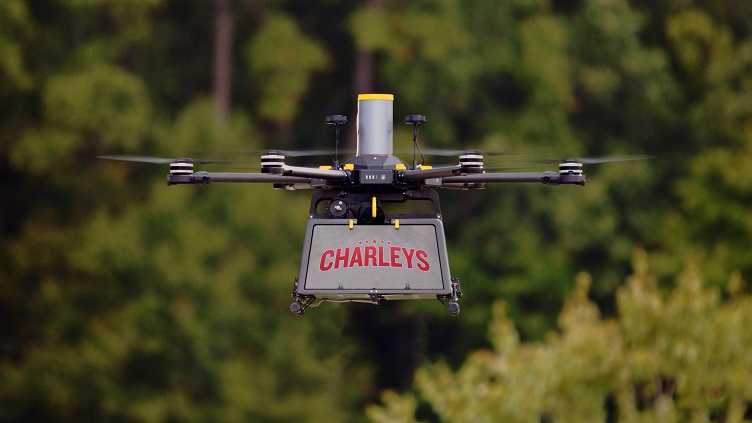 Flytrex will now begin delivering Charley Philly Steaks to the Durham, North Carolina region. Previously the company signed on with other restaurant chains for drone delivery of food. Source: Flytrex

Flytrex has signed up another restaurant chain for drone delivery, this time with Charleys Philly Steaks in a station out of Durham, North Carolina.

The partnership is the fifth station in the U.S. from Flytex, which has expanded its drone delivery service to about 140,000 users. The process is similar to how other orders via Flytrex drone delivery have been conducted via the app where after ordering the deliveries are made to either the backyard or front steps of a residence.

This follows Flytrex’s deal with the Ice Cream Shop, Unilever’s first digital storefront, for the delivery of ice cream via drone in the North Carolina and Texas regions.

Charleys Philly Steaks is one of the world’s largest cheesesteak franchises and it will offer new digital initiatives and incentives through its loyalty program to promote the drone delivery service.

The expansion in Durham joins other operational stations in Fayetteville, Raeford and Holly Springs, North Caroline, as well as Granbury, Texas, where the company signed an agreement for drone deliveries with Brinker International, the owner of Chili’s Grill & Bar and Maggiano’s Little Italy.

The Dunham service will operate in cooperation with Causey Aviation Unmanned, Flytrex’s long time drone delivery partner. Causey will operate under a waiver from the Federal Aviation Administration (FAA) allowing a delivery radius of two nautical miles across the five stations.

This waiver was granted to Flytrex in July 2022 where it was able to expand its drone delivery from one nautical mile to two, allowing it to reach potentially 100,000 customers in both states.