The super-refrigerator contains 1.7 m3 of experimental volume, enabling it to cool a volume larger than three home kitchen refrigerators to temperatures colder than outer space, versus previous fridges, which are in the range of 0.4 m3 to 0.7 m3. The experimental cryogenic system delivers such cooling by use of a cryostat to remove heat from a helium-3 and helium-4 isotope mixture. 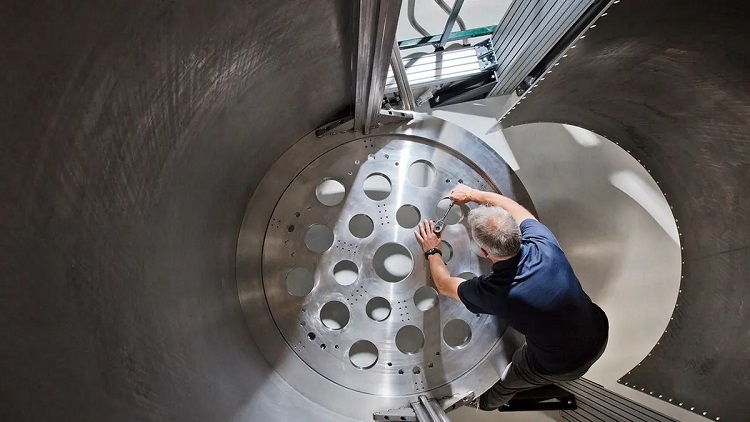 IBM researcher adjusts the bottom of the "super-fridge,” a dilution refrigerator larger than any commercially available today. Source: Connie Zhou for IBM

When tested with a qubit chip, IBM researchers successfully reproduced coherence times of around 450 microseconds, similar to those measured on other commercial dilution refrigeration systems.

The development is expected to contribute to the near-term deployment of IBM Quantum System Two, showcased in the video above as a next-generation system designed to house future quantum processors.