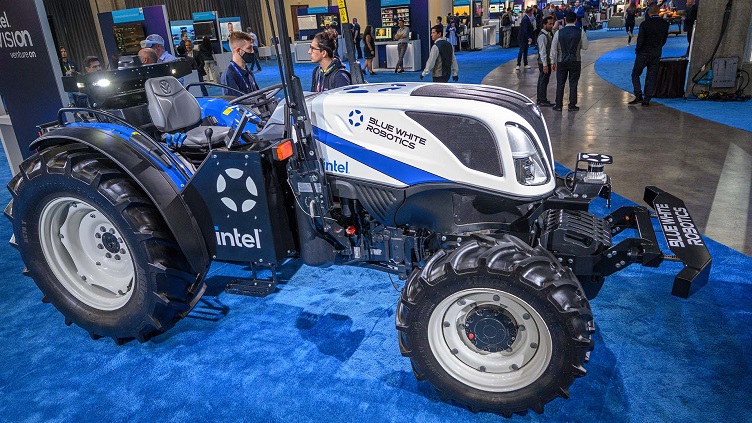 At a California vineyard, Intel Corp. has demonstrated how it is possible to use a 5G wireless network with edge computing devices to enable autonomous tractors that do the repetitive tasks humans used to do.

The tractors move across the vineyard in two shifts around the clock by navigating through fields without any humans at the wheel. Sensors on the tractors detect obstacles in its paths while other sensors steer around any anomalies.

The repetitive tasks that the autonomous tractors took on included weeding, mowing and applying herbicides to the farm’s 2 square miles of grapevines.

Federated Wireless deployed a private 5G network to enable the connectivity for the driverless tractors. Cellular networks as well as broadband connectivity are not commonly found in rural areas and what coverage is usually there is not available across all the acreage.

Because there is not cellular or broadband connectivity, sensors are not able to collect real-time data from farm equipment and consequently, there is no way to automate farm tasks.

The 5G network was powered by an edge server with a six-core Intel Xeon D-1528 processor with Intel Smart Edge software that linked the autonomous tractors and sensors. Blue White Robotics used a kit that converted existing John Deere tractors into the fleet of autonomous machines.

"BWR approached us with a specific problem. They had a fleet of autonomous tractors in rural farmland, but these machines couldn't talk with each other as there was almost zero connectivity on the farm," said Bhupesh Agrawal, director of private wireless networks and edge computing in Intel's Network and Edge Solutions Group. "Without connectivity, there is no opportunity to process real-time data."