Using lidar to prevent accidents in a Chinese port 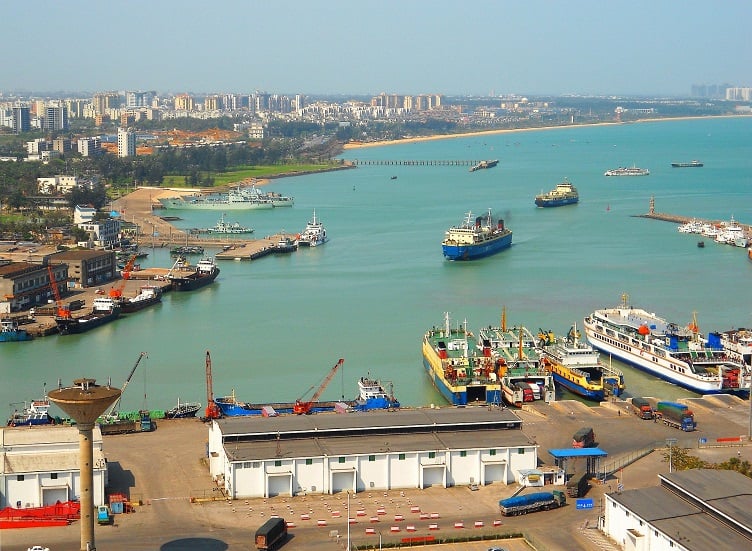 A busy port in China. Lidar is being used at the Port of Nanjing to provide an effective detection and warning system to prevent warehouse damage and other accidents during heavy equipment operations. Source: Pixabay

In another example of how lidar is being used in applications outside of vehicles, Quanergy Systems Inc. has deployed its M-Series lidar sensors to the Port of Nanjing in the Jiangsu province in China.

Quanergy is partnering with Nanjing Port Co. Ltd. who needed an effective detection and warning system to help prevent warehouse damage and other potential accidents during heavy equipment operations. For this use, the system needed to be triggered by video surveillance cameras and record events.

(Learn more about lidar on GlobalSpec.com.)

Prior to using lidar, the Port of Nanjing was using a passive infrared (PIR) sensor system, but the false alarm rate was too high — up to 90% in some cases. Lidar helped solve the challenges for Nanjing Port by:

Quanergy said the lidar system at the port reduced the false alarm rate down to about 2%, meeting Nanjing Port’s need for a reliable system for detection and warning capabilities.

Nanjing Port Group was able to cut down on costly repairs using the lidar and provided for a safer environment by giving the port a more accurate visual display of the operations area.

There is no doubt the main use case for lidar will be in the automotive sector for advanced driver assistance systems (ADAS) and autonomous vehicles. However, lidar continues to find its way into other use cases such as smart cities, 3D mapping, outdoor environmental monitoring, robotics, drones and more.