Powering the smart home with stone or marble 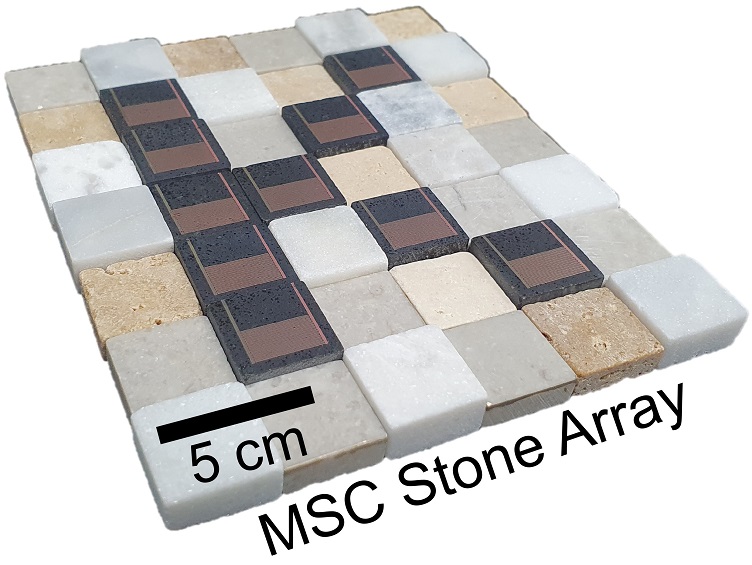 Researchers at Korea’s Kookmin University have fabricated microsupercapacitors integrated into the surface of stone tiles, a technology breakthrough that could one day change the smart home.

Smart home devices such as smart thermostats, smart speakers, smart lights and more are currently powered by traditional means. But in a step toward using energy storage and energy harvesting, integrating power into materials currently used in home building and renovation could save consumers and the power grid in the future.

How it could work

Researchers envision rooms that could charge smart home devices and other small electronics without being connected to the electrical grid. While stone is a material widely used in floors, countertops and decorative backsplashes, it has never been integrated with energy storage such as batteries and capacitors.

The challenge came due to stones having microscopic bumps and divots — even polished stone — that makes it difficult to adhere to electrical components. Kookmin researchers developed a way to place microsupercapacitors, which have fast charging and discharging rates and can store power, onto the surface of stones with lasers.

The team believes that these microsupercapacitors could be used on other building materials as well, such as marble in the future.

Researchers patterned a copper oxide nanoparticle solution on a marble tile into two comb-like sides where the prongs were interspersed. A near-infrared laser on the nanoparticles produces pure copper electrodes that are porous, highly conductive and strongly attached to the stone’s surface.

Forming the microsupercapacitor required a iron oxide to be placed onto one of the electrodes to form a cathode. Manganese oxide was used on the other to form an anode. The electrolyte layer then connecting the electrodes was made from lithium perchlorate and polymer solution.

Researchers tested the integrated-electronics stone and found it maintained a high energy storage capacity even after 4,000 charge-discharge cycles. When multiple devices were strung together in a three-by-three array, enough energy was stored to power a light emitting diode (LED).

Additionally, researchers found the stone energy storage devices were durable against harsh impacts and could be recycled.

The full research can be found in the journal ACS Nano.