Transparent conductors: From rigid to flexible 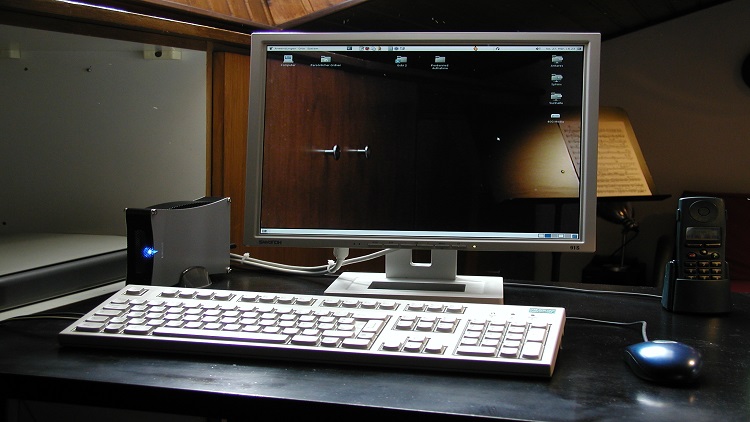 Transparent conductors have played a vital role in a variety of applications due to both great light transmission and extremely high electrical conductivity. The devices are made from oxides of semiconductor materials such as zinc, indium, cadmium and tin, and metals like gold, silver and titanium nitride. These conductors are seen on the window electrodes found in LED-based street lights, all smartphones, and solar panels, and, as such, are integral to daily life.

Transparent conductor technology has evolved over the previous century, beginning with the production of cadmium oxide powder in 1902 and the development of the first transparent conducting oxide (TCO) by oxidizing the sprayed Cd film in 1907. TCOs may be doped substitutionally along the band edge, resulting in transparency and conductivity, as theoretically investigated and predicted using the Drude model. In the 1930s and 1940s, many TCOs were created and copyrighted, including an airplane windshield deicer built on tin oxide in the 1930s. In 1951, U.S.-based Corning produced and trademarked the most effective TCO, indium tin oxide, which quickly became the workhorse of the transparent conductor industry and remains so to this day.

Lately, wearable smart electronic gadgets such as information-dispensing Google smart glasses, bendable smartphones in the shape of wristwatches, flexible displays and electronic maps have sparked an enormous scientific and societal interest. The first-gen devices incorporating flexible electronics use flexible opto-electronics like flexible solar cells, flexible OLEDs and flexible touch panels. Such flexible or wearable optoelectronic devices require electrodes or conductors that are not only highly transparent and electrically conductive, but also flexible and stretchable, as they are subjected to a variety of mechanical deformations throughout execution, including bending, stretching, folding and twisting. Additionally, they must be conformable and compatible with the human body.

Graphene, carbon nanotubes and metallic nanowires are gaining significant interest as potential replacements for the brittle and costly indium tin oxide transparent conductor. Additionally, the latter necessitates the use of specialized etching methods to create patterning, as well as the use of the very rare element indium. Carbon-based nanomaterials have a great degree of flexibility and stretchability but also have a low conductivity, requiring low transparency to reach moderate conductivity and making scale manufacturing challenging due to the high material cost. Metallic nanowires have lately gained interest as transparent electrode replacements, particularly for solar cell applications.

Metal nanowires are nanoscale rods with a large length-to-diameter aspect ratio, generally more than 20. Silver is the most often used metal for nanowires, which are extremely conductive due to the high electron density of silver and the mechanical flexibility of the nanowire percolation network. Silver nanowires are typically synthesized by reducing silver nitrate in the presence of polyvinylpyrrolidone and ethylene glycol as a reducer and a reaction media.

Transparent conductors offer a plethora of applications. Their capacity to radiate thermal infrared heat is a feature exploited to create energy-efficient windows. Such low-emissivity windows are the primary application area for transparent conductors. They are also used in oven windows to conserve power and keep an exterior temperature that is safe to handle. High electrical conductivity properties are tapped for use in the front-surface electrodes of flat-panel displays and solar cells. Automobile rear-view mirrors with automatic dimming and electrically operated "smart" windows feature a pair of transparent conductors separated by an electrochromic material. These structures are also used to defrost car windows and to maintain freezer display cabinets frost-free when an electric current is transmitted through them.

Transparent conductive materials combine electrical conductivity and transparency in an unmatched way and are critical facilitators of technologies such as pressure-sensitive screens. Traditionally, mixtures of indium oxide, tin oxide and zinc oxide dominated this technology but now with the shift toward flexible electronics, metallic nanowires-based transparent conductors are playing a crucial part in a wide variety of applications.