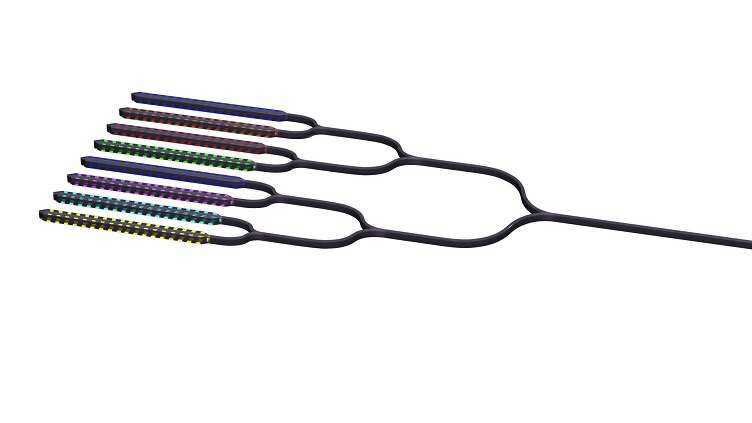 According to market research from Gartner, silicon photonics will be used in more than 20% of all high-bandwidth data center communication channels by 2025, up from less than 5% in 2020. By this time, the total available market for silicon photonics will be $2.6 billion based on demand for low power consumption, high bandwidth and faster data transfer to support data center applications.

Intel said that this demonstration shows it is possible to achieve output power with uniform and densely spaced wavelengths but perhaps the most important aspect is that it can be done with existing manufacturing and process controls. This will allow for a clear path to volume production for co-packaged optics and optical compute interconnect applications such as artificial intelligence (AI) and machine learning (ML).

Previously, optic solutions using dense wavelength division multiplexing (DWDM) technology has promised an increase in bandwidth while reducing the physical size of photonic chips. The problem is that it is difficult to produce DWDM light sources with uniform wavelength spacing and power.

The laser array was built on Intel’s 300 mm silicon photonics manufacturing process. This will allow for significant cost reductions and the availability of large-scale manufacturing.

Intel used the advanced lithography to define the waveguide gratings in silicon prior to the III-V wafer bonding process, Intel said. The process resulted in better wavelength uniformity compared to conventional chip lasers manufacturing in 3 inch or 4 inch wafer fabs.