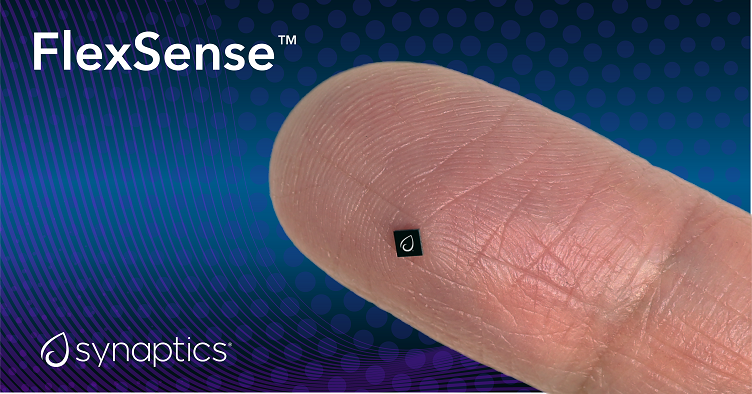 The FlexSense family takes up to four sensors and integrates them into a single chip that’s 80% smaller than current offerings for IoT devices. Source: Synaptics

Synaptics has introduced its first integrated sensor processor that is engineered to replace multiple discrete sensors into one integrated processor small enough to function in internet of things (IoT) devices.

The FlexSense family of sensor processors captures and intelligently handles input from up to four sensors in a form factor about 80% smaller than existing solutions. The processor can integrate a mix of capacitive, inductive, Hall effect and ambient sensing into a single processor with proprietary algorithms.

The FlexSense architecture contains a central microcontroller that connects two low-power, analog front end (AFE) engines. These engines sense and digitize data from the capacitive and inductive elements on the touch surfaces of an IoT device.

Sensing in the device

Hall effect sensors are implemented via metal plates on a device that detects magnetic fields, while an on-chip temperature sensor measures ambient temperature.

The goal of integrating multiple sensors on a single chip is to: