Where will public transit fit into MaaS? 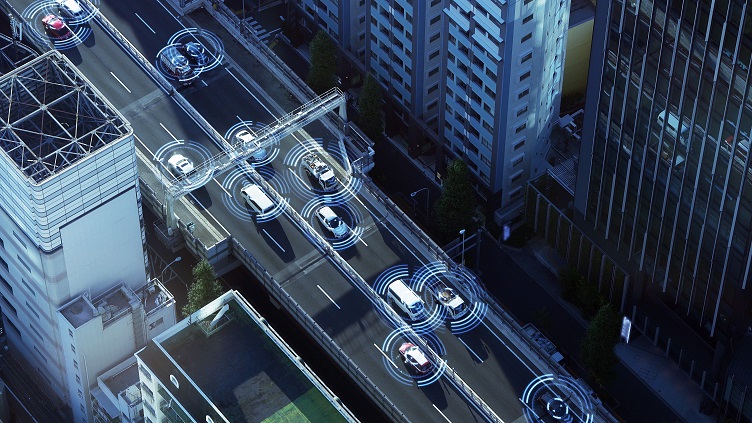 Autonomous shuttle pilot projects are being conducted to see how riders feel about the technology and how the vehicle may fit into the future of mass transit. Source: AdobeStock

The transport sector is at the beginning of a period of significant disruption, with new technologies, products and services fundamentally shifting customer expectations and opportunities. Once a realm dominated by private vehicles juxtaposed with public transit, today's transportation is a much more nuanced and multilayered topic, facing new and formidable challenges but also standing on the brink of vast new opportunities.

Driven by emerging mobility solutions and consumers that are increasingly reluctant to invest in an underutilized, depreciating asset — the privately owned motor car — the world is beginning to embrace “Mobility as a Service” (MaaS).

While there is no one, universally accepted definition of MaaS, the underlying principle is the integration of various forms of transport modes into a single mobility service accessible on demand.

Moreover, MaaS offers commuters value-add through the use of a single application to provide access to mobility, typically with a single payment channel instead of multiple ticketing and payment operations. A MaaS operator aggregates various forms of public transport, such as bus and rail, and private operators like ride-hailing, taxis and ride-sharing, presenting them as a service on a single interface for the user’s convenience.

However, the emergence of MaaS raises questions about not only its own, often novel and untried business case, but also business models of traditional public transport operators who are key stakeholders in the provision of mobility, particularly in urban areas.

Long a mainstay of urban mobility, public transportation has traditionally provided people with flexibility, access to employment, community resources, medical care and recreational opportunities in metropolitan areas. It benefits those who choose to ride, as well as those who have no other choice: over 90% of current public transport users do not own a car and therefore rely largely on public transportation.

What is more, with an increasing segment of the populace choosing not to own a car, the number of people potentially reliant on public transport is set to rise substantially.

Still, while public transport delivers a basic service, it has fallen out of step with a broad band of consumers who do not only want relatively affordable rates but also demand convenience.

Traditionally, public transit has primarily focused on servicing commuters in busy corridors at times of peak demand. Thus the emphasis has largely been on fares with traditional 9-to-5 schedules, who travel between city fringes and downtown business districts.

However, multimodal MaaS, enabled by new mobility paradigms, presents local governments and public transport operators with an exciting opportunity to address the seemingly insurmountable challenges associated with providing the commuter with a convenient service at a reasonable cost.

If implemented correctly, the ‘knock-on’ benefits could also be substantial, including reduced congestion and harmful emissions, improved health and well being, greater productivity, and an increase in location attraction for investors and talent.

An example of how multimodal MaaS can be deployed to make existing public transport more convenient and therefore more attractive to commuters is the Pinellas Suncoast Transit Authority’s “Direct Connect” first/last-mile pilot program. The service offers to transport riders to and from public bus stops in a taxi, wheelchair-accessible vehicle or Uber cab at a subsidized rate.

Thus, by integrating other modes of transport into the existing public transit network, the utilization rate goes up, while private operators receive a welcome boost to their businesses.

But what about smaller cities and rural communities that barely justify a public bus service, never mind ride-hailing? Could a traditional fixed-route and timetable public transport system be transformed into a MaaS orientated service that better serves the community?

On-demand microtransit buses eschew set schedules and routes. Instead, users summon a ride at their own convenience using an app on their phone. This is similar to Uber and Lyft, which allow riders to hail a ride and get paired with other riders traveling the same route. Tailoring the service for convenience rather than mass transport allows operators to use smaller, more cost-effective, vehicles such as minivans.

This model, existed as “Dial-a-Ride” long before there were smartphones. Now, with the world embracing MaaS, it’s been given a new lease on life.

About 450 companies currently offer the service worldwide, according to Lukas Foljanty, a German transportation analyst focused on microtransit. Of those, roughly 150 sprang up in 2021. Since its inception in 2012, America’s leading microtransit provider, Via, has landed $800 million in capital investment, enough to employ over 900 people.

In the North Carolina city of Wilson, where limited coverage, infrequent scheduling and higher costs were deterring residents from using the traditional public bus transport system, Via has introduced MaaS to the city using a fleet of microtransit minivans.

However, with 40% of all riders making less than $25,000 annually, affordability remains a challenge. Thus, although the cost to the city of Wilson is about $11 per ride, microtransit riders are charged the price of a typical bus fare, around $1.50, with further discounted rates of $1 for additional riders.

While the business model may be problematic — as it is with most ride-hailing services — this is not unusual for a public transport service. Mass transit riders’ fares just aren’t sufficient to cover expenses. Pre-pandemic in the U.S., the average rate of fare recovery for public transport was about 20% to 30%.

To be successful, MaaS will need a model that can accommodate public and private transport providers in a financially sustainable way. Building differentiated and sustainable new mobility propositions requires careful consideration. An essential step for all participants is to fully understand their target consumers’ travel needs and wants — now and in the future. In particular, as new transportation solutions are rolled out it will be crucial to identify and quantify how diverse customer segments place different weights on their modal choice for cost and convenience.

In this context, it is important to ensure that the various modes of transport that enable MaaS complement each other and not compete against each other. For instance, at the moment, in many markets ride-hailing services are threatening the viability of established public transport instead of complementing the service.

Ultimately, correctly executed and funded public transport will have a significant role to play in the future of MaaS in the urban environment.