Self-driving truck shipments to boom in next 5 years 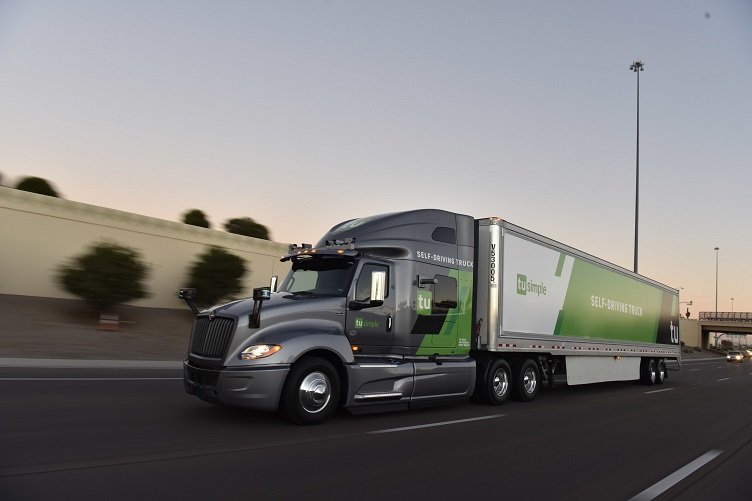 TuSimple is one of numerous companies developing self-driving truck technologies that is set to boom in the next 5 years. Source: TuSimple

More than 139,000 automated commercial vehicles are expected to be on the road by 2026, according to new data from ABI Research.

These vehicle shipments will rise at a whopping 186% from 2024 through 2026 as Level 4 autonomy moves to heavy-duty trucks and pilots across multiple regions.

(Learn more about the levels of self-driving cars at Globalspec.com.)

“TuSimple with Navistar plan to launch in 2024, with their Autonomous Freight Network underway with partners like Penske Truck Leasing,” said Susan Beardslee, principal analyst of supply chain management and logistics at ABI Research. “Others gaining momentum include Plus, planned for 2024 and IPO candidate Aurora, anticipating integration with PACCAR and Volvo in 2023.”

Others are moving toward commercialization across North America, Europe and Asia including Intel’s Mobileye, which is developing autonomous delivery vans, shuttles and robotaxis, and Waymo, which recently expanded its autonomous truck operations in Texas, Arizona and California.

Additionally, other automotive component companies are getting involved in autonomous trucking such as tire companies Bridgestone and Goodyear that are looking to integrate smart tires into trucks to help with safety. Bridgestone earlier this year made a minority investment in startup Kodiak Robotics for its Level 4 autonomous trucks.

The reasons for the increase in self-driving truck investment and involvement is being driven by the ongoing driver shortage happening around the world.

“The next five years will demonstrate viability, safety, and revenue paths for real-world highly automated driving, with a focus on heavy-duty vehicles on highways and delivery vehicles on city roads,” Beardslee said.