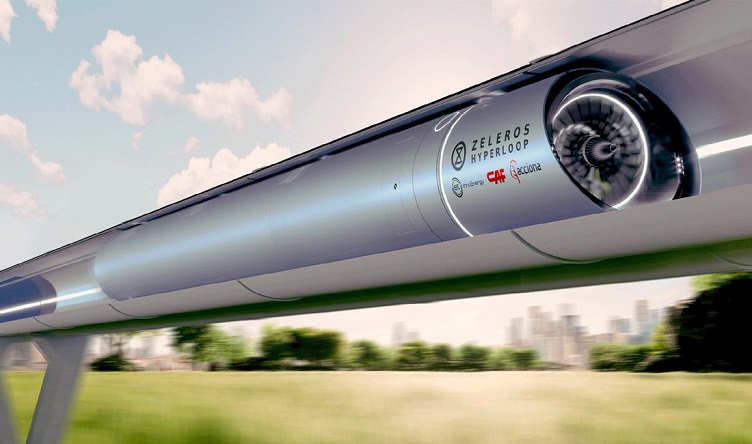 An artist rendering of Zeleros hyperloop pods that will begin testing next year. Source: Zeleros

Zeleros, a Spanish start-up developing hyperloop technology, plans to start a cargo transportation pilot project in the port of Valencia, Spain, by the end of 2022.

According to a report from The National, the company is also working on passenger pods that will be able to carry between 50 and 200 passengers. The company will test with passengers beginning in 2030.

The company last week displayed a model of the hyperloop at the Spanish pavilion at Expo 2020 Dubai for the first time.

The initial project will not be for passengers as Zeleros wants to be able to achieve speeds of up to 600 kph safely. The cargo pilot project in the Port of Valencia will do a 100-meter demonstrator that will be ongoing by the third and fourth quarters of 2022.

The first capsule to be tested will carry about 2 tons of materials in the Spanish port, which is the busiest in the Mediterranean Sea.

The technology is not only ultra-fast, but is reportedly energy-efficient and completely CO2 neutral. This combination is one of the reasons the hyperloop has gained attention in the transportation market as countries look for new ways to meet carbon footprint requirements while providing new ways of traveling for consumers.

Zeleros is one of many companies developing hyperloop technology. While the technology is unproven, it could potentially become the fifth mode of transportation if proven safe. Recently, Dutch hyperloop startup Hardy Hyperloop was the first to receive direct funding investment for the hyperloop from the European Union pledging $17.4 million.

In the summer, hyperloop technologies were one of the transportation methods included in the $1.2 trillion bipartisan infrastructure investment and Jobs Act passed by the Senate. Under the bill, hyperloop technology can compete for federal funding for U.S.-based projects including the Consolidated Rail Infrastructure and Safety Improvements (CRISI) grant program and the Federal Railroad Administration (FRA) and the Advanced Technology Vehicle Manufacturing (ATVM) loan program at the Department of Energy.