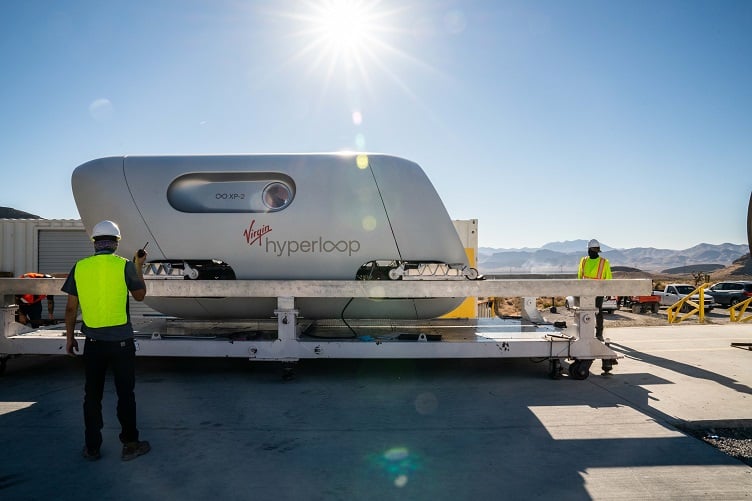 Hyperloop technologies was one of the transportation methods included in the $1.2 trillion bipartisan Infrastructure Investment and Jobs Act passed by the Senate this week.

Because of this, hyperloop technology is now eligible for federal funding, a huge step for the so-called fifth mode of transportation.

Under the bill, hyperloop technology can compete for federal funding for U.S.-based projects including the Consolidated Rail Infrastructure and Safety Improvements (CRISI) grant program and the Federal Railroad Administration (FRA) and the Advanced Technology Vehicle Manufacturing (ATVM) loan program at the Department of Energy.

Additionally, the bill classifies the Non-Traditional and Emerging Transportation Technology (NETT) Council at the U.S. Department of Transportation (USDOT) to support the deployment of hyperloop technology.

Virgin Hyperloop applauded the signing of the infrastructure bill and those that advocated to ensure hyperloop was part of the legislation.

“Hyperloop’s inclusion shows that we’re on the precipice of a new era that will change the way we think about mobility in this country,” said Josh Giegel, CEO and co-founder of Virgin Hyperloop. “I hope the House of Representatives will expeditiously pass this legislation so that these additional avenues for investment in hyperloop’s successful deployment in the U.S. can become law.”

Virgin Hyperloop has been active in its testing of hyperloop technology, billing itself as the first to have passengers travel in a pod last year. It also released renderings of how it viewed an entire hyperloop system would work, complete with pods traveling from city to city and hauling cargo through different stops.