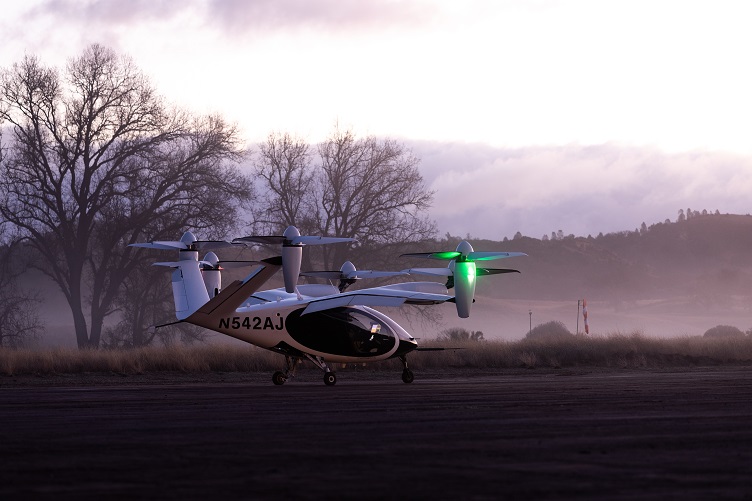 Joby’s eVTOL flying air taxi will be the first of many vehicles that will be tested under NASA’s air mobility platform. Source: NASA

The goal of the campaign is to collect vehicle performance and acoustic data for use in modeling and simulation of future airspace concepts. Additionally, it will help to identify gaps in regulations under the Federal Aviation Administration (FAA) and adopt policies for flying air taxis.

The trials will take place through Sept. 10 at Joby’s Electric Flight base in Big Sur, California. NASA said this is the first time it has tested an eVTOL aircraft as part of the campaign.

Air taxis are a potential new transportation method for carrying both passengers and cargo in cities and surrounding areas to help with everyday traffic. While numerous startups and major companies are developing eVTOL aircraft, regulations regarding the use of such vehicles, particularly personal flying cars and passenger air taxis, has not yet been adopted.

These initial tests will be used to execute the first set of campaign tests, called NC-1, that will begin in 2022 with more complex flight scenarios and other flying cars.

Under the initial planned test scenarios, NASA will collect information about how the vehicle moves, how it sounds and how it communicates with controllers. Future partners will fly similar scenarios to evaluate their vehicle readiness.

Mobile acoustics facility and an array of more than 50 microphones will measure the acoustic profile of Joby’s flying air taxi in different phases of flight.

Additional tests will include flight safety and airworthiness processes to approve participants to fly in the campaign.

When air taxis are fully integrated into national airspace, the system established by the AAM could include aircraft such as package delivery drones, air taxis and medical transportation vehicles.