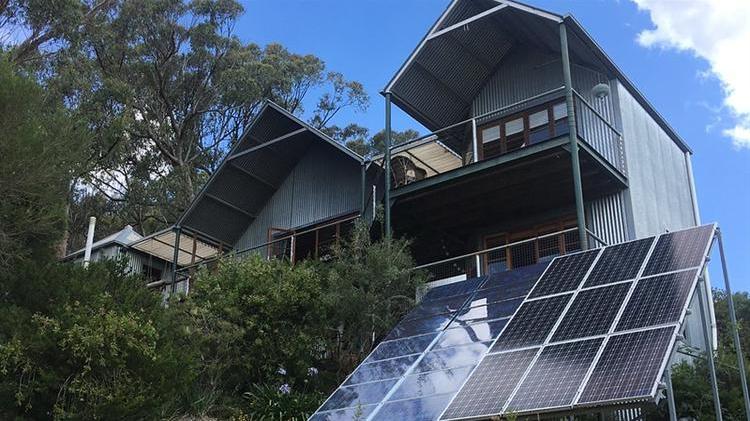 Over the past decade, the idea of a closed-loop off-the-grid home that draws its power from batteries has gone from that of an improbable wish to a very real option for many homeowners. And what’s driving this change may surprise you. Over the past several years, incredible advancements in battery technology have transformed the effectiveness, efficiency and commercial availability of these off-grid battery systems.

From increased charging and energy storage efficiency to more efficient solar panels to chanrge these off-grid batteries; today’s home charging systems are truly superior to previous eras of off-grid energy. And this, in turn, has made the prospect of home battery systems more compelling for homeowners who are not only looking to save on recurring electricity bills but who are also looking for a resilient alternative to traditional power. 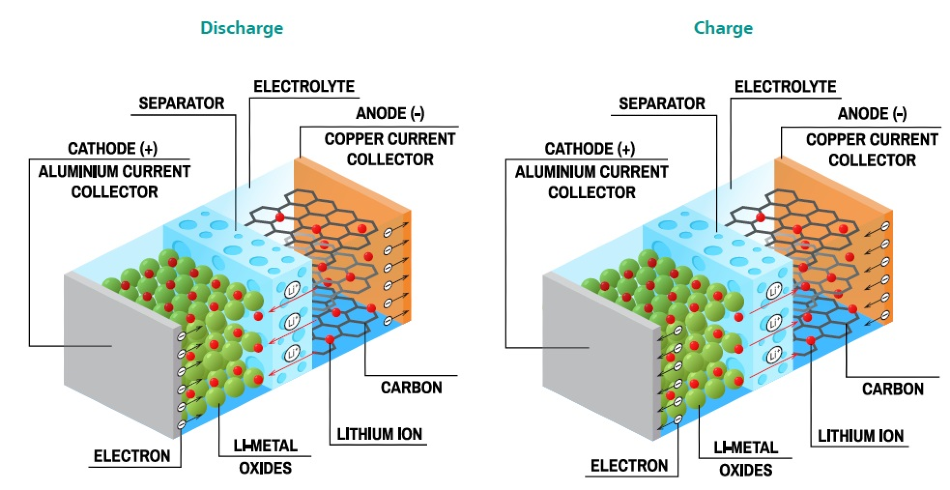 Chemical changes of the charge and discharge cycle.

In a traditional lithium-ion battery cell an anode and a cathode are separated by a liquid electrolyte solution. In charging a lithium-ion battery, electrons are separated from the cathode side to the anode side through a conductive wire. This is done by applying an electrical charge to the battery and inducing an electrochemical reaction. Following a charge, electrons are “stored” in a state of higher potential energy and thus, when you attach the battery to a new electric circuit, the electrons can discharge to the lower state of energy while powering electronics within the circuit in this process.

Benefits of the solid-state battery

Bring all of these factors together and get the ability to store more energy, in smaller spaces while also recharging more quickly. This all points to today’s commercially available off-grid batteries meeting the energy requirements of today’s modern home, while being packaged in a commercially viable off-grid home battery.

Recently, researchers from the University of Illinois at Chicago have made a battery technology discovery that is set to revolutionize off-grid battery technology. In late 2019, a team of researchers were able to demonstrate their design of the first lithium-carbon dioxide battery. This technology, spearheaded by Amin Salehi-Khojin an associate professor of mechanical and industrial engineering, exemplified success in a theoretical design that many battery scientists were chasing for many years. Per Salehi-Khojin, “Our unique combination of materials helps make the first carbon-neutral lithium carbon dioxide battery with much more efficiency and long-lasting cycle life, which will enable it to be used in advanced energy storage systems."

Dongliang Chao and Professor Shi-Zhang Qiao, another team of researchers from the University of Adelaide's School of Chemical Engineering and Advanced Materials, revealed their recent battery innovation research regarding a new battery approach.

Based on the chemical mechanism of non-toxic zinc and manganese, these battery researchers were able to show a new battery technology that is designed on much less expensive materials. In fact, Chao and Qiao’s battery technology promises to cost a fraction of what it costs to develop the traditional lithium-ion battery. According to the team of researchers, they believe these zinc-manganese batteries could cost somewhere around $10 per kWh compared to the $300 per kWh cost for traditional lithium-ion batteries.

What does this point to? With new innovative battery technologies such as Chao and Qiao’s zinc manganese battery, consumers will begin to see off-grid battery storage come down in price.

Between the innovations in solid-state batteries over lithium-ion batteries, the advancement in lithium-carbon batteries, and the advancement in zinc manganese, it’s plausible to assume that the commercial viability of off-grid battery storage is going through a massive technological reformation. Building on the fact that today’s battery technologies have already fundamentally changed the way consumers leverage off-grid batteries over even the last few years, we’re almost sure to see a major increase in the adoption of off-grid battery storage in consumer’s homes.