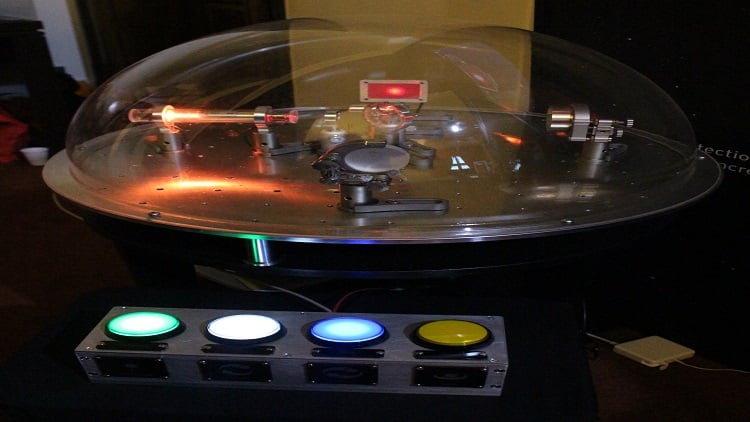 Users generate their own gravitational waves by pressing one of four buttons to send a simulated signal to the exhibit. Source: University of Birmingham

The instrument used by astronomers at the University of Western Australia to detect gravitational waves in space is the focus of an interactive exhibit designed to communicate this research field to general audiences.

The exhibit, already on display at the university’s Gravity Discovery Centre, showcases a working Michelson interferometer. The scaled-down version of the key technology used in gravitational-wave detectors allows for user interaction and simulated gravitational-wave observations.

The interferometer splits laser light into two perpendicular beams by a beam-splitter. Beams of laser light traveling down the detector arms reflect off mirrors back to the beam-splitter where they recombine and produce an interference pattern.

The audience impact of the exhibit was assessed at a science festival held in the U.K., and findings published in the American Journal of Physics reveal that attendees were more knowledgeable and interested in physics after interacting with the exhibit, particularly girls and children aged 11 to 16 years.

Instructions for assembling an interactive gravitational-wave detector are publicly accessible.