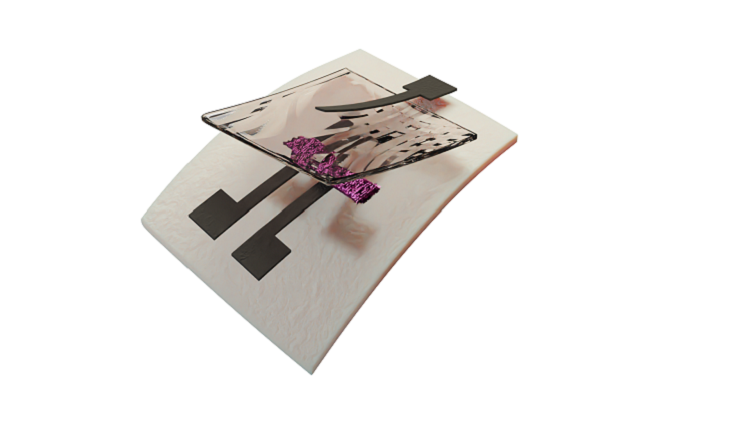 An artist rendering of the what is claimed to be the first fully recyclable, printed transistor. Source: Duke University

The more devices and electronics that are produced, the more discarded devices there are in the world and the United Nations estimates that less than a quarter of the millions of pounds of electronics thrown away each year is recycled. As 5G, the next generation wireless communication, gains traction and the internet of things (IoT) expands, this electronic waste is expected to accelerate. As such, engineers at Duke University may have found an answer in what it claims are the first fully recyclable printed electronics.

"Silicon-based computer components are probably never going away, and we don't expect easily recyclable electronics like ours to replace the technology and devices that are already widely used," said Aaron Franklin, professor of electrical and computer engineering at Duke. "But we hope that by creating new, fully recyclable, easily printed electronics and showing what they can do, that they might become widely used in future applications."

In the study, Duke University developed a recyclable, fully functional transistor made of three carbon-based inks that can be printed onto paper or other flexible, environmentally friendly surfaces. Carbon nanotubes and graphene inks are used for the semiconductors and conductors, respectively. While these are not new to printed electronics, previously they have not been made of recyclable materials. Duke opened the path with the development of a wood-derived insulating dielectric ink called nanocellulose.

Nanocellulose is biodegradable and has been used in packaging for years, but previously has not been developed for use in printable ink. Researchers developed a method for suspending crystals of nanocellulose that were extracted from wood fibers and yielded an ink that performs as an insulator for the printed transistors.

Using three inks in an aerosol jet printer at room temperature, the team was able to demonstrate an all-carbon transistor perform well enough for use in a wide variety of applications, even six months after the initial printing.

To demonstrate the recyclable design, the devices were submerged in baths and gently vibrated with sound waves and centrifuging, the carbon nanotubes and graphene are sequentially recovered with an average yield of nearly 100%. Both materials then can be used in the same printing process, losing little of their performance.

"Recyclable electronics like this aren't going to go out and replace an entire half-trillion-dollar industry by any means, and we're certainly nowhere near printing recyclable computer processors," Franklin said. "But demonstrating these types of new materials and their functionality is hopefully a stepping stone in the right direction for a new type of electronics lifecycle."