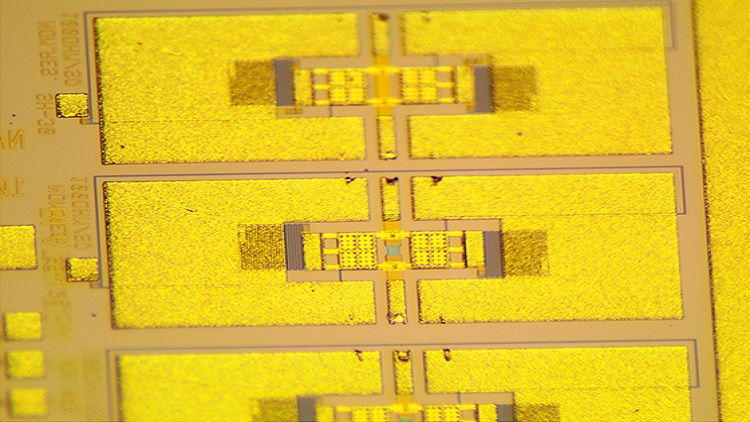 Switches are primarily employed to turn off and on electronic circuits and must respond rapidly and efficiently to input signals. A microelectromechanical (MEMS) switch consists of small adjustable elements that have a 3D structure generated using semiconductor manufacturing techniques. These devices offer reduced power consumption, lower insertion loss and improved isolation relative to traditional PN junction diodes and field-effect transistors (FETs). Additional benefits are realized in terms of high integration and tiny size.

The rapid growth of micro-machined MEMS switches offers compelling evidence for the enhancement of signal control systems. Currently, this switch technology is in demand for military defense systems, medical instruments and devices, the automotive industry, micro-optical electromechanical systems and the wireless communication field.

Several kinds of MEMS switch technologies have evolved over the past few decades and understanding their operating mechanisms is critical for developing new devices. While there is no agreed-upon grouping of MEMS switches, they can be categorized according to different characteristics, such as a requirement for an external power source. The current MEMS switches could be grouped into active and passive classes, with active switches including electrical, mechanical, photochemical and similar energy fields that can be transformed into mechanical energy to produce displacement. Passive MEMS switches use their own structure to harvest energy for actuators based on inertia, and as no additional energy inputs are needed, these devices deliver excellent storage efficiency and are resistant to interference from electromagnetic waves.

In another classification category, MEMS switches can be generally categorized into non-silicon and silicon-based units. Silicon-based MEMS switches are manufactured using silicon-on-insulator wafers in a relatively simple process producing highly precise shapes. However, when the structural layer material of these switches is employed directly for the contacts, their resistance will increase in contrast to conducting

Structure of a silicon-based MEMS switch. materials, causing an unclear signal. For decreasing the contact resistance, it is mandatory to use a metal with low-resistivity for the layer that must be applied to the electrode's contact surface. Moreover, silicon is also not appropriate for high load and impact systems both as a substrate and a structure layer.

Non-silicon-based MEMS switches are mainly manufactured using ultra-precision processing methods or from lithographie (lithography), galvanoformung (electroplating) and abformung (molding) (LIGA), an advanced lithography technique for fabricating high aspect-ratio microstructures. In metal-based MEMS switches, the multilayer adjustable structures are generally manufactured through micro-electroplating or from nickel. In comparison to the characteristics of silicon-based MEMS switches, metal elements offer outstanding conductivity properties and decent mechanical characteristics and toughness. These switches would eliminate the issue of excessive contact resistance, but the metal's microstructure fabrication is not yet mature. Throughout processing, the switch can deform, resulting in a lower yield.

The performance of MEMS switches is continuously optimized during the design and manufacturing phases. Major performance parameters are switching time, driving voltage, reliability and power consumption. Reliability is a key parameter for design optimization and can be improved through fault analysis of potential failure methods.

Capacitive MEMS switches are susceptible to damage because of their electrical, not mechanical, properties. The charge to voltage change rate and the strained exponential of charging can be employed to assess the failure rate of such switches. Mostly, the capacitive MEMS switches fail due to the constant accumulation of charges in its dielectric layer that ultimately results in a latch-up effect and driving voltage drift. Therefore, optimization techniques for such switches must focus on reducing the accumulation of charge.

The resistive MEMS switches mostly fail because of contact fatigue. Mechanical strain results in wear and deformation of the surface of contacts, whereas electrical strain mostly results in melting and electromigration of surfaces of contacts. Overall, this ultimately results in high contact resistance that is undesirable. Generally, the contact resistance must be lower than 1 ohms to 2 ohms. Thus, the correct selection of contact materials is crucial for checking the reliability of these switches. The selection can be made depending upon the material’s melting point, hardness, resistivity and sensitivity to organic and inorganic pollution.

Numerous MEMS switches have been developed and constructed and can be categorized into active and passive, silicon and non-silicon based, and capacitive and resistive switches. The major performance parameters of MEMS switches that must be optimized while designing are switching time, driving voltage, reliability and power consumption. Design engineers are now focusing on enhancing the performance of these switches, assuring continued expansion of the MEMS switches industry.