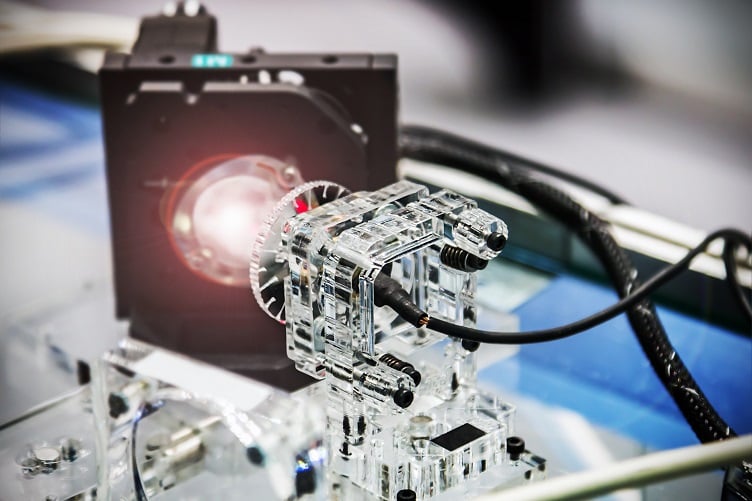 Lasers are finding an increasing use in numerous applications including communications and transportation. Source: AdobeStock

Lasers, also known as light amplification by stimulated emission of radiation, are finding ever-increasing applications. They are used for communication, holography, laser pointers, metalworking and target acquisition in military applications.

While there exists a vast range of laser systems, these systems share common terminology, parameters and data. Understanding these parameters is crucial for correctly specifying and calculating laser systems and components to meet specific application needs.

Wavelength describes the spatial frequency of the light wave emitted by the laser, and it is measured in nanometers (nm). Different lasers operate at different wavelengths, from ultraviolet to infrared.

Lasers are classified primarily according to the lasing medium. The table below describes the various types of materials used for lasing and the wavelengths that are emitted by each type of laser. 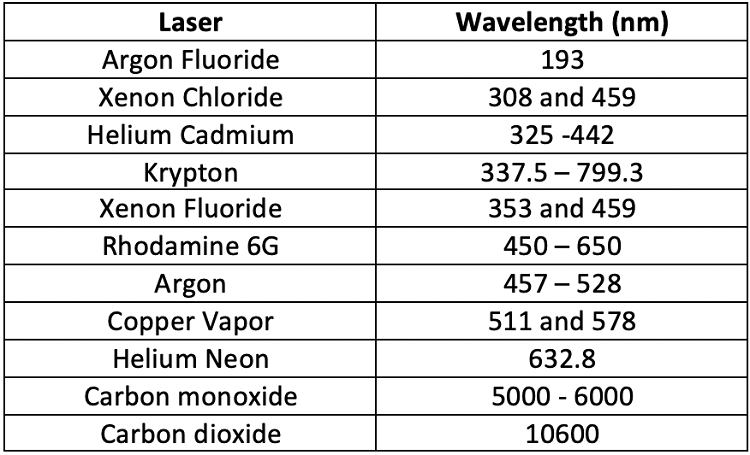 Laser types and their wavelengths.

The laser’s beam diameter refers to the diameter of the laser beam at the exit face of the laser housing. Because the boundary of arbitrary optical beams is not clearly defined, its diameter cannot be measured like regular cylindrical objects. The beam diameter is often defined as the width at which the beam’s intensity is 0.135 times the maximum value.

The focal spot size of a laser beam describes the beam diameter at the focal point of the lens system. It is given as:

Consider a Gaussian beam with a lens of focal length f, as shown in Figure 2. The laser spot size is wf.

A larger beam diameter translates to a higher cost of the laser due to the need for larger optics. In contrast, a lesser beam diameter causes an increase in power density.

Laser power density is the energy or optical power that is delivered per region or active area. It is typically measured in W/cm2 or J/cm2, and it shares an inverse relationship with the beam diameter.

Beam divergence is the angular measure of how the beam diameter increases with the distance from the laser aperture. Although laser beams are often assumed to be collimated, there is always some form of changes to the beam radius, especially within long propagation distances.

The divergence of a Gaussian beam is measured in mrad and defined as:

Lasers are classified based on their potential for causing eye damage or other injuries. FDA Center for Devices and Radiological Health (CDRH) recommends that laser products employ the applicable warning labels based on the laser classes present.

Laser system selection is a tedious process. Incomplete or inaccurate specifications cause errors in the integration of laser products. Engineers need to be informed about these parameters to ensure that the laser system is delivering what it is expected to deliver. These calculations and equations should help.

By posting a comment you confirm that you have read and accept our Posting Rules and Terms of Use.
Re: 7 key parameters for specifying laser systems and components
#1

Very interesting to know the key parameters to specify a laser system for a specific application. I think first it is important to fix the application and then to choose the laser system.

Nowadays, there are many types of lasers, their specifications are given to meet your applications.

In the case of femtosecond laser as an example the main parameters are: