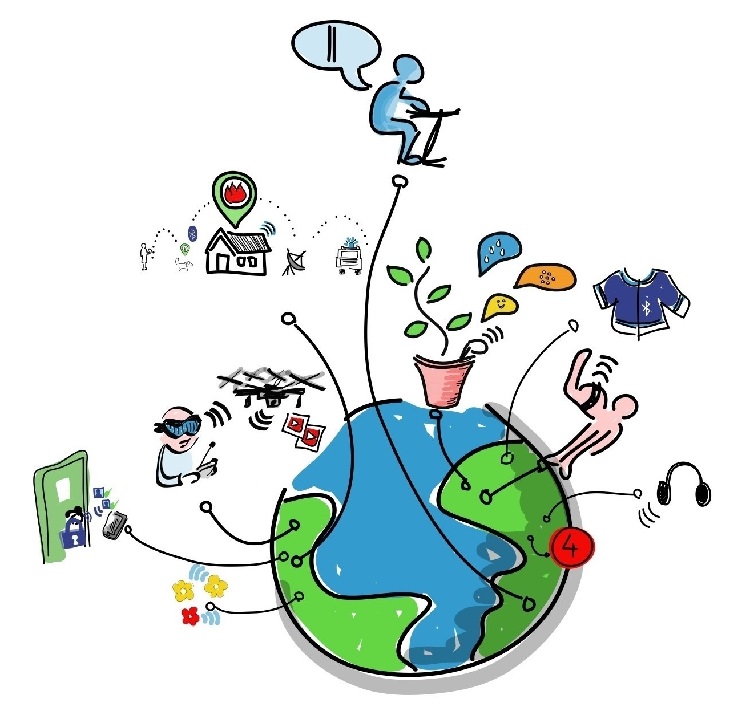 The usefulness of slow 5G

Generally, 5G New Radio (NR) has been advertised with an emphasis on its speed: how much data can be accessed in a minute, how wait times will be reduced and how responsive games or apps will be, for istance. However, the wait continues for these promised benefits to become reality.

5G NR is designed to revolutionize mobile connectivity. Improved speed will be necessary to meet demands such as higher definition video transmission. The world, however, has more problems that can be solved with technologies with improved and stable connections apart from a desire for high-speed transmission. The experts of mobile technology understood this thoroughly more than a decade ago. As such, 5G NR is designed to take care of this need for the first time since the first generation of the mobile network was introduced.

The spectrum of 5G NR commonly used on mobile phones, is in the middle of all bands in 5G, covering all sub-6 GHz spectrums, earning it the moniker “mid band” 5G. It is also the most available band to the 5G enabled devices currently on the market. The "high band," on the other hand, is what is known as the millimeter wave (mmWave), ranging between 24 GHz and 29.5 GHz (the band n257 to n261). Availability and the cost of the end devices and infrastructure supporting high bands are still relatively high at the moment, but the weak penetration and small coverage area make it difficult to massively deploy everywhere, yet there is no valid business case for its high speed.

Within the sub-6 bands, there is a subset below 1 GHz, usually referred to as the low band of 5G, that covers band n5 to n20 (except n7 which is on 2,600 MHz). These bands, because of their low frequency, have the characteristic of much larger coverage, and also penetrate much better than all other bands. Therefore, it is the best choice for stable connectivity on some mission-critical usages. However, also due to the low frequency, the data transfer rate might not be as high as other upper 5G bands. However, it is still fast enough and responsive enough to outperform 4G in many cases when testing in the same location.

Such low bands of 5G, in many countries, were previously used for analogue TV broadcasting. A single low band 5G tower can cover several hundred square miles, which enables coverage to many rural areas that were previously unable to access 4G or even 3G for decades.

There might be thousands of devices sharing these low bands because of its large coverage, which makes the bandwidth less obtainable, but enough for many internet of things (IoT) sensors. Typical sensors like temperature and humidity sensors inside many buildings report their readings every few hours. Such usage does not require a high data rate or responsiveness but the stability of the connection, so low band 5G is apparently a game-changer in the IoT field, especially when compared to the existing narrowband-IoT (NB-IoT) using 3G or 4G connections.

Another advantage of low band is its penetration capability. Behind many commercial buildings, for example, some maintenance facilities like chiller plants, or washrooms in shopping malls, used to have very weak mobile network signals. Low band 5G can help sensors in these locations to send the minimal readings infrequently, maybe just a few kilobytes every few hours.

Rural areas will also benefit from low band 5G coverage. Not only will typical consumers have much better mobile signals (when they have a supporting device), but many sensors for weather or environmental monitoring can also be deployed in locations that previously had no mobile signal coverage or where the cost was just too high to expand the coverage.

Power efficiency on the IoT sensors will also be much improved because it draws much less power when sending signals with lower frequencies. It enhances the durability of batteries inside the sensors, hence fewer maintenance efforts, especially for those deployed in remote areas.

The alternative before NB-IoT 5G is ready

While the standard of NB-IoT with 5G NR is still under development, there is currently something similar but in smaller scale for NB-IoT with 3G and 4G. In many countries, the frequency of 600 MHz to 900 MHz is currently being used by legacy 2G mobile networks or analogue TV broadcasting. While the license allows, telcos can re-farm these bands to make use of 4G protocols, but offering a larger coverage area because of the low frequencies. This is the NB-IoT on 4G long-term evolution (LTE). It might not be as high bandwidth as using NB-IoT on 5G, or the number of supporting devices for a single tower will be reduced, but these services will still reach these rural locations.

Surveillance cameras are also part of the IoT

If the IoT is about how “things” can be managed and detected, then surveillance cameras are also one kind of IoT “sensor." These devices might not be reporting simple readings like temperature sensors, but because they feature video analytics capabilities from behind, it can also detect abnormalities just like other sensors while managed under the same IoT platform for predictions from historical data.

5G NR has arrived in many countries, but its true potential remains to be seen. However, 5G NR brings significant benefits to the commercial world that not every consumer can see or feel directly. Instead, it will improve daily lives gradually, eventually enabling IoT devices to touch upon every facet of life.