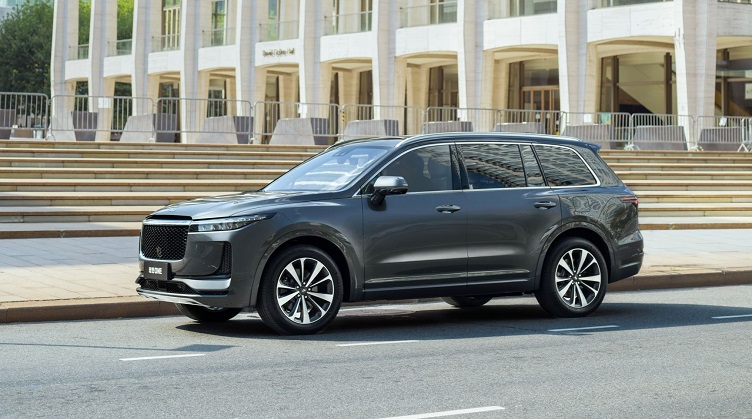 Li Auto will be using Nvidia's Drive chipset to build a full-size electric SUV that the company hopes to begin production in 2022. Source: Li Auto

The Nvidia Drive Orin chipset was announced in 2019 with expected production to begin in 2022. Li Auto aims to also launch the smart SUV in 2022. The chipset uses a 7 nm production process and is capable of 200 TOPS — seven times the previous generation of Xavier system-on-chip.

Li Auto will provide end users with expanded options for Level 2 autonomous driving with a single Orin chip and 200 TOPS in computer power to Level 4 with dual Orin chips and 400 TOPS in computing power.

Desay SV will provide an autonomous driving domain controller and Li Auto will develop an all self-driving program design and algorithms. The goal of the company is to become the first new energy vehicle company to develop Level 4 autonomous driving systems in China.

Li Auto said it plans to develop a full range of autonomous vehicles for the Chinese market using the computing performance and extensibility of the Nvidia Drive Orin chipset.

China is the largest automotive market in the world and experts believe this will not change as more EVs are put on the road. China accounted for half of the EVs sold in 2019 with more than 1 million EVs compared to 561,000 cars in Europe and 327,000 cars sold in the U.S., according to the International Energy Agency (IEA).

Not surprisingly, automotive OEMs are adjusting their plans to accelerate development of EVs in the region. The Chinese government is also planning for a surge of EVs with the hope that new EVs will account for more than 20% of the country’s annual sales by 2025, or about 7 million cars.

Volvo is aiming to have 50% of its fleet comprised of electric cars by 2025. All three of its Chinese automotive facilities — Luqiao, Chengdu and Daqing — will be producing either a plug-in hybrid or battery electric car for the first time. Nissan is also moving fast into EVs in China with the introduction of its first production car in the region a few years ago. Earlier this year, Polestar started production of its first electric car from its Luqiao, China, facility with shipments to begin later this year.