Volvo to use Nvidia’s Drive Orin for self-driving cars 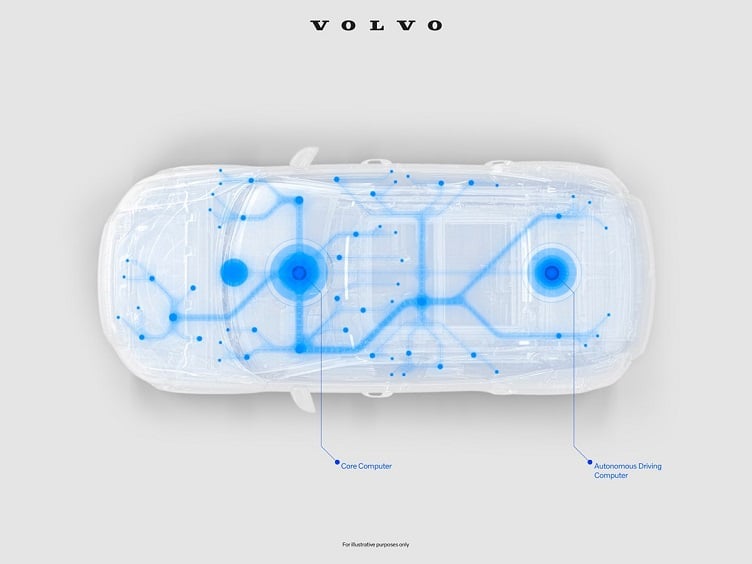 Volvo said it plans to be the first car maker with a global footprint to use the Nvidia Drive Orin in its next generation models based on its SPA2 modular vehicle architecture. The first car to include the SoC will be the Volvo XC90, which is slated for release in 2022.

Volvo said large amounts of computing power are needed for safe autonomous driving and the Drive Orin SoC can perform 254 tera operations per second (TOPS). Volvo said it will use the Drive Orin chip as the self-driving computer for safe and continuously updated driving. The chip will work with software developed by Volvo and Zenseact as well as backup systems for steering and braking.

The computing power and graphics processing allow sensor suites for self-driving cars as well as lidar technology developed by Luminar, a Volvo partner.

The agreement deepens the relationship between the companies and Volvo previously said it would use the Drive Xavier SoC technology for core computer on cars based on its SPA2 architecture.

The Drive Xavier SoC will manage core functionalities inside the car such as base-software, energy management and driver assistance. It will work together with the Orin, which will be dedicated to computing intense work such as vision and lidar processing and delivering high safety integrity levels for self-driving cars.

Volvo said it is focused on centralized computing in its next generation models, which removes complexity in design. Rather than relying on multiple electronic control units in the car that control individual features and systems, much of the software is now developed in-house and kept in a central computer in the car, allowing for more frequent improvements and over-the-air updates.