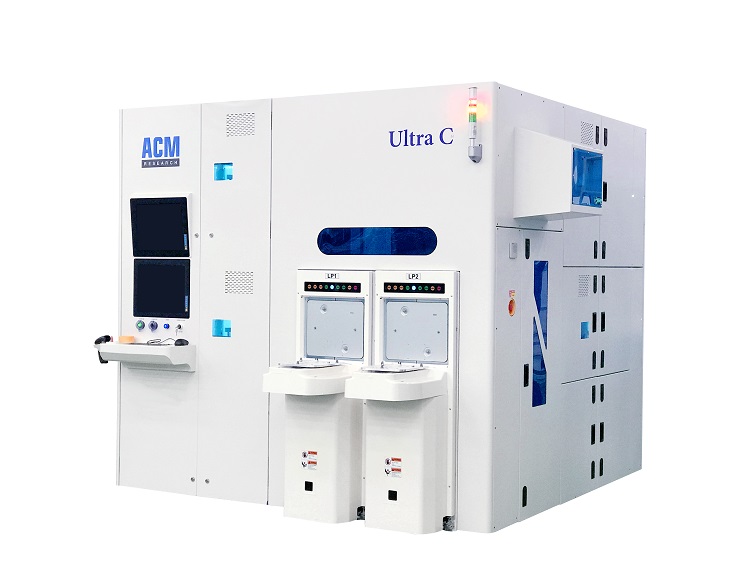 The Thin Wafer Cleaning System is intended for the manufacturing of both MOSFET and IGBT devices for the power semiconductor market. Source: ACM

The Thin Wafer Cleaning System is intended for the manufacturing of both metal-oxide-semiconductor-field-effect transistors (MOSFETs) and insulated-gate bipolar transistor (IGBT) devices for the power semiconductor market. The system features complete touch-free handling and processing based on the Bernoulli effect to eliminate wafer damage and improve final device yield.

The IGBT market is forecast to increase from $5.4 billion in 2019 to $9.4 billion by 2025 due to the growth of cookers, microwaves, electric cars, trains, variable-frequency drives, variable-speed refrigerators, air conditioners, lamp ballasts, municipal power transmission systems and stereo systems, according to market research firm Modor Intelligence.

Thin wafers will increase from 100 million in 2019 to 135 million in 2025 managing a compound annual growth rate (CAGR) of more than 5%, according to market research firm Yole Développement. This is expected to be driven by memory, CMOS image sensors and power silicon carbide components as well as LED and laser diodes.

The wafer cleaning system’s robot arms load and unload wafers without any human contact with the wafer. Nitrogen gas provides constant pressure to keep the wafer floating in place on the arm that flips the wafer for processing on either side while still holding the wafer in place. During the wet process, the wafer sits front-side down on a Bernoulli chuck where an N2 flow cushions the wafer, protecting it and keeping it dry. Each chamber of the system can be configured with up to four swing arms for chemistries such as wet etchants, solvents, RCA cleaning chemicals, deionized water and nitrogen.