The steady drive toward further miniaturization and ever-greater power density in electronics has elevated thermal management as an essential element for many design engineers involved in everything from consumer electronics to high-end aerospace technology. 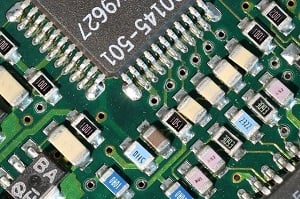 Figure 1: Electronic devices and circuitry generate excess heat.All electronic devices and circuitry can generate excess heat. The heat thrown off by a standard desktop computer or smartphone is proof of this. The combined forces of production cost reduction pressures along with demand for smaller, more lightweight form factors, are balanced against the need for higher circuit density to support more user features. The result is an increase in device heat generation and a growing need for improved, cost-effective thermal management.

Market and technology segments that are most acutely “feeling the heat,” so to speak, include data communications and wireless (notably 5G), high-performance computing, Ethernet switches and substitution/permutation (SP) routing and servers.

It is readily understood that an electronic device’s efficiency is inversely proportional to its temperature. The amount of heat output is equal to the power input, if there are no other energy interactions. What this means is that a rise in device temperature can result in an overall performance drop. Heat loads can result in excessive junction temperatures, shortened component lifetimes and a device’s premature failure.

Heat dissipation for electronic components traditionally has been accomplished in a variety of ways, including various styles of heat sinks, thermoelectric coolers, forced air systems and fans, and heat pipes, among others. In some extreme cold-use applications, electronic components may actually need to be heated. For purposes of this white paper, however, the focus will be on existing heat dissipation techniques and their pros and cons, followed by an introduction to a new technology that offers superior performance to these traditional approaches.

A heat sink functions to keep a device’s maximum operating temperature below its design limit. It does this by increasing the area of contact with the air. In doing so, the heat sink operates on the principle that the greater the contact area with the air, the more heat will flow to it.

Heat sink performance (including free convection, forced convection, liquid cooled and hybrid combinations of these) is a function of material, form factor and surface heat transfer coefficients. Given these elements, thermal performance is improved by increasing the thermal conductivity of the heat sink materials, increasing the surface area (usually by adding surfaces such as fins or metal) and by increasing the overall area heat transfer coefficient (usually by adding fans, pumps and similar devices).

Heat sinks are widely used in electronics and are essential to the reliable and efficient performance of modern microelectronics and integrated circuits like microprocessors, DSPs, GPUs and more. In many design cases, the heat sink is specified as a metal plate that is brought into contact with an electronic component's hot surface. Design engineers also frequently specify the addition of a thin thermal interface between surfaces.

Aluminum has the advantage as a thermal conductor by being easily formed by extrusion, making it relatively easy for complex cross-sections to be fabricated. Aluminum is also lighter in weight than copper, resulting in less mechanical stress and aiding design engineers’ efforts to remove excess weight from a device. Some heat sinks are made from aluminum and include a copper core to maximize the best thermal properties and weight characteristics of both materials.

To ensure optimal thermal contact with the device to be cooled, the heat sink's contact surface should be as flat and smooth as possible. To help transfer heat to the heat sink, a thermal interface material (TIM) is used to eliminate air gaps. Such gaps commonly occur because the component surface is not perfectly flat. Because air is a relatively poor thermal conductor, gaps that exist between the heat source and the heat sink will negatively affect heat transfer efficiency.

To eliminate air gaps, a thermal gap pad or thermally conductive grease made with materials such as colloidal silver may be used to improve the thermal contact. In some cases, a clamping mechanism, screws or thermal adhesive may also be used to hold the heat sink onto the component.

Thermal pads (also called thermally conductive pads or thermal interface pads) are pre-formed squares or rectangles of solid material (often paraffin wax or a silicone-based material) with thermally conductive fillers. Pads are commonly placed on the underside of heat sinks to aid in conducting heat away from the component that is being cooled.

Thermal pads constitute what are known as phase-change materials, meaning they can change their physical characteristics. The pads are firm at room temperature and may be cut at this stage to fit any surface, making them easy to apply. As a device’s temperature rises with use, the pads soften. This enables them to conform both to the device and the heat sink surface, filling any potential air gaps.

While thermal pads work well, they generally are not as effective at removing heat as thermal paste, also known as thermal grease, thermal compound or heat paste. This commonly used thermal interface material is applied directly to the surface of the electronic component. Thermal paste usually comes in a tube or a syringe, making it easy to apply. It can also be messy, however, and may not adequately fill large gaps. Another challenge is applying the correct amount: Too little paste can leave gaps and too much can result in leaks that may contaminate critical components. 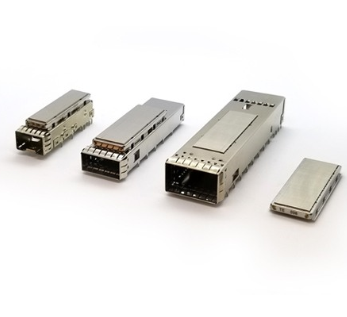 Figure 2: Thermal bridge technology. Source: TE ConnectivityThermal pads compress as they are inserted between the electronic component and the heat sink. In order to achieve good thermal performance with the gap pad, a high level of compression is required in order to reduce the thermal resistance. But because gap pads are viscoelastic (meaning they exhibit both viscous and elastic characteristics when undergoing deformation), they can set and relax over time. As a result of these characteristics, thermal resistance typically will degrade after multiple cycles.

Performance drawbacks related to thermal pads and thermal grease have, until recently, been manageable. With the drive toward greater miniaturization and higher power densities, however, device design engineers are challenged to create solutions that meet rigorous performance requirements.

TE Connectivity (TE) has pioneered a new fan-less thermal solution for ever-growing heat dissipation challenges in applications that have designed-in fixed heat sinks, such as cold plates, liquid cooling or remote radio units (RRUs) where the heat sink or cold plate is at a fixed location and requires a direct contact to the input/output (I/O) port or plug.

As a mechanical version of a thermal pad, the thermal bridge solution provides a low, consistent compression force that is resistant to set and relaxation over time. Whereas thermal pads generally are not reusable and must be replaced with servicing, the thermal bridge technology is long-lasting, reducing the need to replace components during typical servicing.

Thermal transfer is achieved through a series of interleaved parallel plates in the thermal bridge that may allow heat to pass from the I/O module to the cooling area.

A critical performance indicator for design engineers is the amount of compression force required to maximize the effectiveness of the thermal interface material. In the case of thermal pads, the more compression the better. The major drawback, however, is that the required compression forces increase dramatically as the device size increases, which, in turn, increases the number of components needed to achieve those forces. Jack screws and other mechanical devices can be required in the design specifications in order to deliver the necessary compression all along the interface between the device and the heat sink. The result is that the design becomes more complex and more expensive, in addition to becoming heavier.

By contrast, thermal bridge technology allows design engineers to focus their efforts on the device itself and its operating characteristics rather than on the limitations imposed by mechanical compression devices like screws and holddowns.

For example, with a QSFP form factor, compressing a traditional 3 W/mK gap pad 0.4 mm would require roughly 220 newtons (N) of force, whereas the thermal bridge requires only about 10 N, while offering a nearly two times better thermal resistance value. This can significantly simplify the overall mechanical design, as well as create more consistency throughout the application.

An interleaved heat spreader allows heat to pass from the heat source to the cooling area by making use of many highly parallel heat transfer plates for heat transfer. The thermal bridge includes integrated mechanical springs that can provide appropriately low and consistent interface force and a minimum of 1.0 mm of compression travel. The result is a thermal bridge with excellent thermal transfer in a highly compressible package. Other advantages include:

TE’s thermal bridge technology has overcome most of the limitations of previous thermal protection techniques such as design, wear, compressibility, reliability and performance. As such, it is opening new horizons for the upcoming high-performance era of computing.