7 use cases for 5G beyond the smartphone 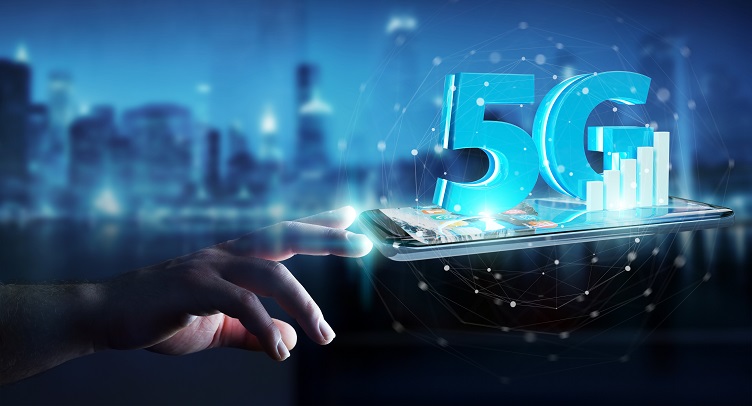 5G Americas has identified 21 potential use cases outside the smartphone where 5G might be used. Source: AdobeStock

5G deployment has been limited to just a handful of deployments earlier this year. There are now 46 5G networks deployed globally, rolled out faster than any previous cellular wireless generation. While the faster speeds, lower latency and higher reliability that 5G provides will be a boon to the smartphone market, the technology promises to enhance a wide range of markets beyond smart devices.

5G Americas, an industry trade organization with members including AT&T, Cisco, Nokia, Qualcomm, Samsung, T-Mobile and Sprint, has published a new white paper detailing these emerging use cases across a wide range of industries.

By 2035, up to $13.2 trillion worth of sales enablement and 22.3 million jobs will be supported by 5G, according to IHS Markit. This means that much more than just smartphones will be taking advantage of the technology.

“5G is in the early phases of commercial deployment,” said Chris Pearson, president of 5G Americas. “However, we are already seeing a lot of work being done in some of the early use cases like the fixed wireless access and enhanced mobile broadband which are now a reality.”

The white paper details emerging use cases for 5G across a wide array of available low, mid and high spectrum bands as well as unlicensed spectrum to deliver new services to consumers and businesses. 5G Americas has identified 21 unique 5G use case possibilities in a variety of industry sectors, but here are the most promising.

Offered in the lower bands of the wireless spectrum, FWA is one of the first use cases that will emerge outside of cellular to consumers. This technology will serve as a replacement for home and business broadband fiber, cable and DSL. Eventually as millimeter wave (mmWave), the higher band of the spectrum, becomes ubiquitous, it will match or even outpace current broadband bandwidth. FWA could also be used to bring broadband services to remote areas where nothing exists or to places where broadband is extremely limited.

ABI Research recently forecasted that 5G networks will help push cloud gaming to more than 42 million active cloud gaming users generating about $4.5 billion in revenue by 2024. Cloud gaming will be a dramatic shift in how people game. Instead of relying on graphics rendering and processing on a user’s device, it will be generated on network servers. Here 5G’s low latency and fast speed will be required to provide a seamless experience for gamers.

5G deployments as well as edge computing will help drive the augmented reality (AR) market to $43 billion by 2024, up from just $8 billion in 2019, according to Juniper Research. The low latency of 5G will help renew momentum in AR and virtual reality (VR) specifically for the smartphone, which will be the largest installed base.

The aerospace industry will take advantage of 5G in the areas of low earth orbit (LEO) and high-altitude platform station (HAPS) systems, which offer a new opportunity for non-terrestrial networks to connect with network operators. These networks would typically be too difficult with traditional Earth networks and can only be accomplished in the high band spectrum with extreme speeds and bandwidth — something 5G has in spades.

Recently, Ericsson completed the first 5G teleoperated drone flight in Australia. The flight was a pilot project to demonstrate how a drone can intelligently identify and track objects using the processors in the cloud via a 5G connection. Drones are just one area of robotics where 5G will enhance future devices. Factory robots and traffic management systems will also be enhanced by low latency and higher speeds. Robots in the field or in the factory could use 5G to go further, move around infrastructure or be repositioned much more easily while offloading data to the cloud in real-time.

At Mobile World Congress 2019 in Barcelona earlier this year, doctors were able to perform a live surgery using 5G technology with a remote surgeon coaching others through the procedure. But 5G will allow for more use cases inside the market for healthcare including synchronization of accurate and timely information for patients, sharing video for diagnostics or controlling when medicine is delivered. 5G could also be used to control robot surgery and some companies such as Verizon are looking to improve emergency services through 5G.

Despite worldwide adoption of 5G, it is still in its infancy, which means the market will likely see other use cases emerge in the future.