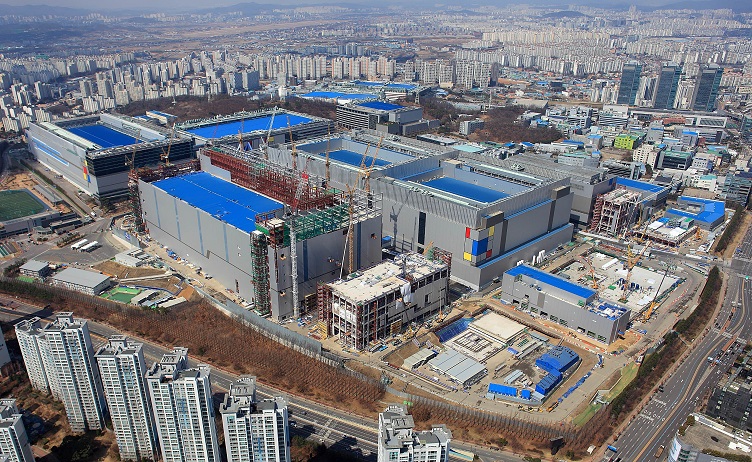 Samsung Electronics announced it would be investing $115 billion in the non-memory related semiconductor foundry business over the course of the next decade.

The investment plan is designed to improve Samsung’s position in the foundry market as it strengthens its logic chips business.

Samsung’s announcement comes at a time when many believe the foundry market has reached its low point in terms of demand for 2019. As the business picks up, Samsung is trying to ensure that fabless companies know and understand that they are a viable alternative to foundry leader Taiwan Semiconductor Manufacturing Corp. (TSMC), according to Len Jelinek, senior director of semiconductor manufacturing at IHS Markit.

“Samsung has all of the resources available to be a significant competitor in the advanced foundry manufacturing space,” Jelinek said. “Samsung has strong financial backing and is one of three companies that can support the R&D expenditures required to remain at the leading edge of technology.”

As Samsung is already a leader in memory semiconductors, using this expertise and packaging it with other key technologies will be critical for the industry as future demands for high-performance computing will be used across all forms of advanced computational solutions, Jelinek said.

“Samsung can provide the total solution,” he added. “This is a similar approach to a solution that Apple and TSMC have developed.”

However, in order to become a top tier foundry player, Samsung will have to build trust that they can actually be a significant third-party manufacturer, something it is not perceived as at this point. If the company breaks this trust by not following through with deals or by shifting focus, it may potentially end its ability to compete as a third party supplier, Jelinek said.

Samsung will invest $63 billion for domestic R&D and $52.8 billion for production infrastructure. Samsung said it expects investments in R&D and facilities for logic semiconductors to amount to an average $9.5 billion per year until 2030.

Engineering Newsletter Signup
Features the top stories, latest news, charts, insights and more on the end-to-end electronics value chain.
This email is already in use. Please sign in here
Click here to skip or ad will close in 15 seconds
Advertisement
Weekly Newsletter
Get news, research, and analysis
on the Electronics industry in your
inbox every week - for FREE
Sign up for our FREE eNewsletter
Get the Free eNewsletter
Advertisement
Popular News
1.
Watch super-fast EV charging tech: 100 miles in just 5 minutes
2.
Common sense about sensors: 4 questions to ask before selecting sensors for your next design
3.
Congress to meet regarding CHIPS for America Act
4.
Audio giant Christie Digital to showcase latest technology at ISE 2022
5.
GlobalFoundries wins $117 million DoD chip contract
Find Free Electronics Datasheets