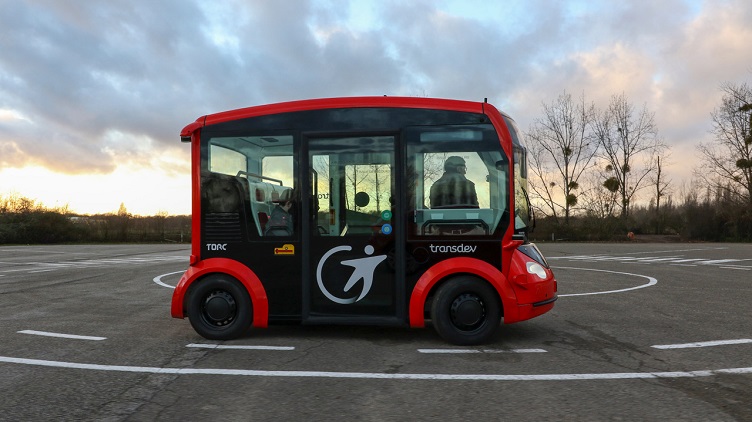 The autonomous i-Cristal shuttle can hold up to 16 passengers while traveling at 19 mph. Source: Torc

Torc Robotics and Transdev are partnering to create a fully autonomous shuttle platform, called the i-Cristal, which will bring a new type of mobility to existing public transportation networks.

The autonomous shuttle will use Torc’s Level 4 autonomous self-driving software combined with Transdev’s autonomous transport system for the supervision system, connected infrastructure and client application, as well as for its embedded technology.

Announced at CES 2019, which is taking place this week in Las Vegas, the self-driving i-Cristal shuttles operate without a steering wheel or pedals. The shuttles will blend into urban traffic while maintaining safety standards at speeds up to 19 mph while holding up to 16 passengers.

While the shuttle was announced in September of 2018, the companies are now testing the i-Cristal on a closed course, with public road tests to follow in Paris-Saclay and Rouen, both in France.

In Paris-Saclay, the shuttles will operate in a dedicated lane offering a shared-ride mobility service at night and off-peak hours between the Massy transit station and the Paris-Saclay campus. In Rouen, the shuttles will operate on public roads offering shared-ride mobility service throughout the business park and connecting to the tramway station.

“Ultimately our goal with developing self-driving technology is to save lives and make transportation more affordable and efficient,” said Michael Fleming, CEO of Torc.