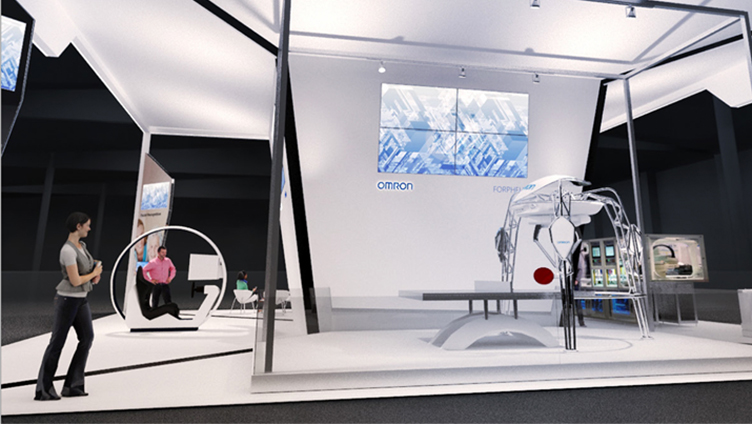 "Improving the relationship between machines and humans through ping pong rallies."

That's the unique promise of the FORPHEUS technology that will be on display at CES 2018 in the form of a robot table-tennis tutor. Its developer, Omron Corporation, is a global technology company that will be exhibiting at CES for the first time.

Perhaps more interesting than the bot itself is the theory behind its development, which Omron views as representative of the evolving relationship between humans and machines. It breaks this down into three stages. First, there is "replacement," or machines performing tasks for which humans are not necessary; automation is the company's primary business, and Omron, established in 1933, was one of the first manufacturers of ATMs with magnetic stripe card readers. Its development of an electronic ticket gate was also named an IEEE Milestone in 2007.

The next stage is human-machine "collaboration," manifested in developments such as Omron's collision-prevention technology. And finally, there is "harmony," through which society's relationship with machines extends the potential of human capability. For Omron, ping pong provides a perfect platform for doing precisely that.

In fact, one of the points Omron makes in discussing updates to FORPHEUS is that the machine now has "the ability to serve." This isn't simply a lofty platitude about AI serving humankind. It actually is referring to the machine's ping pong ball tossing function.