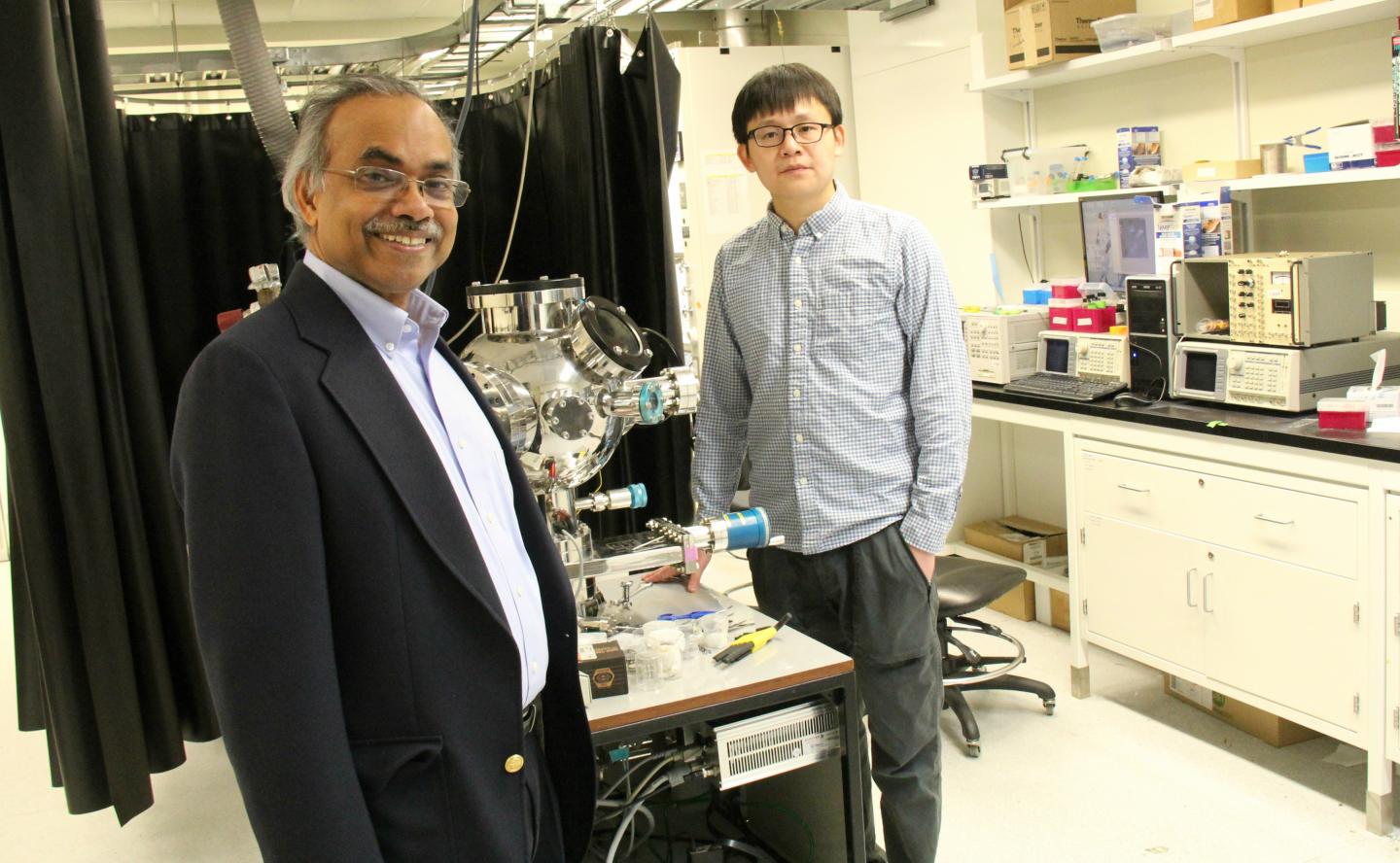 University of Alberta researcher Thomas Thundat and PhD student Jun Liu have made a major advance in the development of triboelectric nano generators. These devices can turn small amounts of mechanical energy, like vibrations, into a steady DC power current. The nanogenerators can power small handheld devices or sensors that monitor anything from pipelines to medical implants. (Source: UAlberta Engineering)

Engineers from the University of Alberta developed a new way to produce electrical power that can charge hand-held devices or sensors that can monitor anything from pipelines to medical implants. The discovery sets a new standard all over the world in devices called triboelectric nanogenerators by producing a high-density DC current. This is a huge improvement over low-quality AC currents produced by other research teams.

Jun Liu, a Ph.D. student working under the supervision of chemical engineering professor Thomas Thundat, was conducting research unrelated to tiny generators with a device called an atomic force microscope. The microscope provides images at the atomic level using a tiny cantilever to "feel" an object the same way a human learns about an object by running a finger over it. Liu forgot to press a button that applies electricity to the sample, but he still noticed a current leaving the material.

One theory of why there was current is that it was an anomaly or technical problem. But Liu wanted to get to the source of the current. Eventually, he found the cause was friction of the microscope’s probe on the material. It is like when you shuffle across a carpet and then shock someone by touching them.

It turns out that the mechanical energy of the microscope's cantilever moving across a surface can generate a flow of electricity. Instead of releasing all the energy in one burst, the team generated a steady current.

"Many other researchers are trying to generate power at the prototype stages but their performances are limited by the current density they're getting--that is the problem we solved," said Liu.

"This is big," said Thundat. "So far, what other teams have been able to do is to generate very high voltages, but not the current. What Jun has discovered is a new way to get a continuous flow of high current."

This discovery means that nanoscale generators have the potential to harvest power for electrical devices based on nanoscale movement and vibration. For example, engines, traffic on a roadway or even heartbeats are a few things that these generators can harvest energy from. This could lead to technology with applications for everything from sensors used to monitor the physical strength of structures like bridges or pipelines to the performance of engines or wearable electronic devices.

The paper on this research was published in Nature Technology.