Researchers at the University of Utah have developed a way to use commercial inkjet printers and off-the-shelf ink to print hidden images that are only visible when lit with polarized waves in the terahertz region of the electromagnetic spectrum.

The technology could be used to create a new type of invisible ink to hide information in normal-looking images or documents, making it difficult to distinguish between authentic and counterfeit items. The team used the method to hide image information in an array of printed rods that look nearly identical. 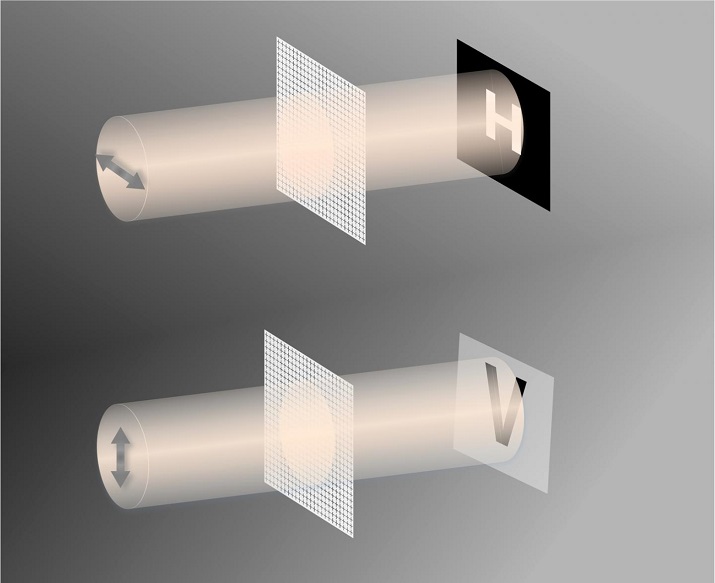 Hidden images using conventional inkjet printers could lead to a new way to encrypt messages not seen by the naked eye. Source: University of Utah “We used silver and carbon ink to print an image consisting of small rods that are about a millimeter long and a couple of hundred microns wide,” says Ajay Nahata at the University of Utah. “We found that changing the fraction of silver and carbon in each rod changes the conductivity in each rod just slightly, but visually, you can't see this modification. Passing terahertz radiation at the correct frequency and polarization through the array allows extraction of information encoded into the conductivity.”

The researchers used the method to conceal both grayscale and 64-color QR codes, and even embedded two QR codes into a single image. To the naked eye, these images look identical but when viewed with terahertz radiation, the embedded QR code images become apparent.

The University of Utah was able to print different shapes that form a type of metamaterial, or synthetic materials that exhibit properties that do not usually exist in nature. While most methods require expensive lithography equipment found in nanofabrication facilities, this process was conducted in an inexpensive way.

Using an off-the-shelf printer and inks made with silver and carbon, which are commonly found in stores, the team wanted to see if inkjet printing could create various conductivities. As the rods were being printed, it was visually impossible to tell the difference in conductivities, which led to the idea of using this method to encode an image without the need for standard encryption.

From there, researchers printed three types of QR codes, each 72 by 72 pixels. One code used arrays of rods to create nine different conductivities in one gray level. Then they created a color QR code by using non-overlapping rods of three different lengths to create each pixel. By arranging the rods in a way to minimize errors, they were able to create three overlapping QR codes corresponding to RGB color channels. Each pixel contained four different conductivities that correspond to a color, with a total of 64 colors being observed in the final image. Researchers believe they can expand beyond 64 colors with improvements to the printing process.

“We have created the capability to fabricate structures that can have adjacent cells, or pixels, with very different conductivities, and shown that the conductivity can be read with high fidelity," says Nahata. “That means that when we print a QR code, we see the QR code and not any blurring or bleeding of colors.”

The University of Utah is also looking at developing future capabilities to make the embedded information more secure, such as making inks that might have to be heated or exposed to light at a certain wavelength before the information could be visible.