Chuck Heschmeyer
The cost of verifying the authenticity of documents and other materials could soon get cheaper. Researchers have developed a way to use standard inkjet printers and readily available ink to print hidden images that are visible only when using a specific type of illumination.

The inexpensive method could be used as a type of invisible ink to hide information in otherwise normal-looking images—making it possible, for example, to distinguish between authentic and counterfeit items. 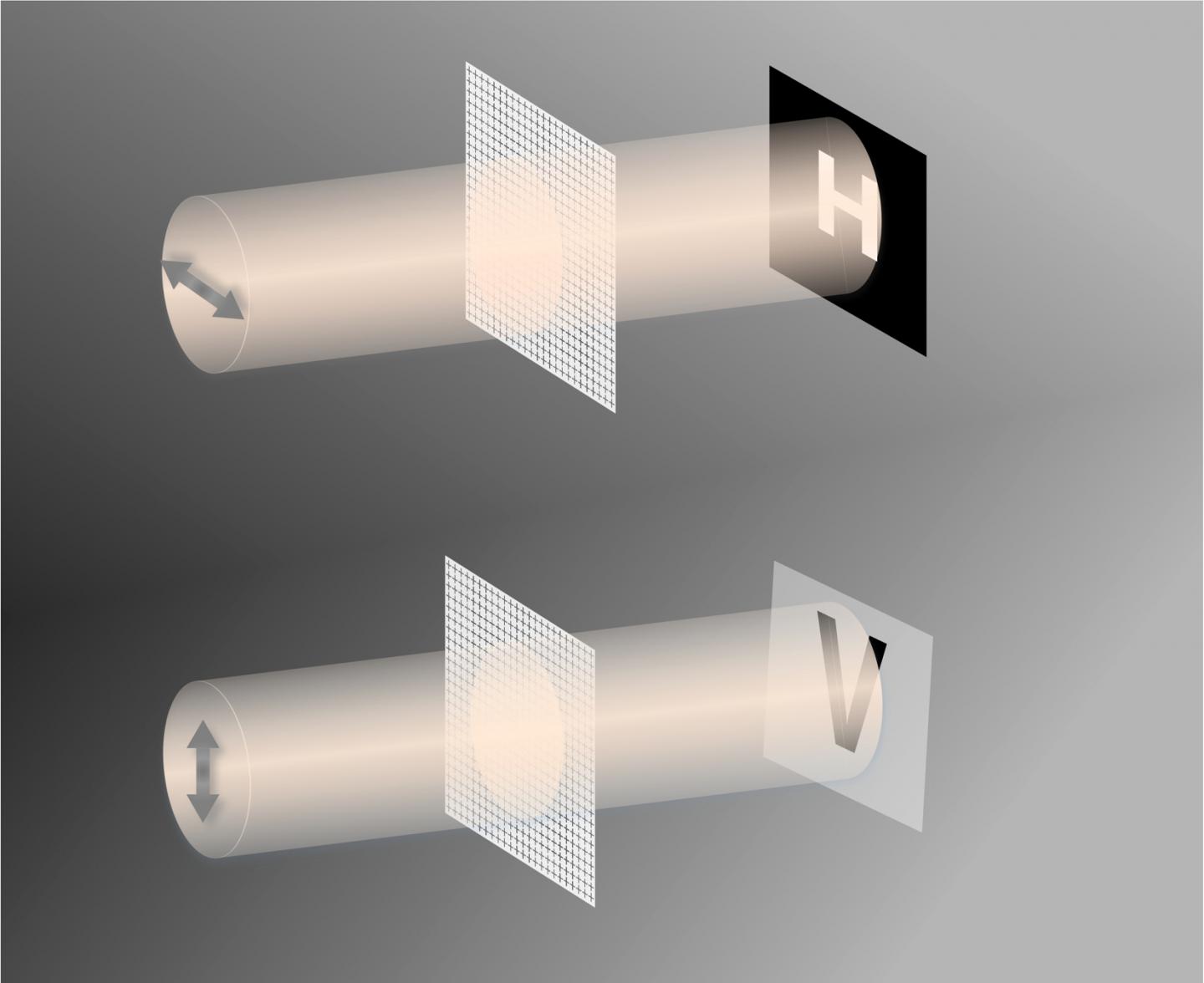 A new technique can be used to hide multiple images in a printed array of rods with varying conductivities. Depending on the polarization of the terahertz radiation, different concealed images appear, such as the H and V illustrated here. Credit: Ajay Nahata/University of Utah Using the method, hidden images are exposed only when illuminated with appropriately polarized waves in the terahertz region of the electromagnetic spectrum.

"We used silver and carbon ink to print an image consisting of small rods that are about a millimeter long and a couple of hundred microns wide," said research leader Ajay Nahata, a professor of electrical and computer engineering at the University of Utah. "We found that changing the fraction of silver and carbon in each rod changes the conductivity in each rod just slightly, but visually, you can't see this modification. Passing terahertz radiation at the correct frequency and polarization through the array allows extraction of information encoded into the conductivity."

Researchers demonstrated their new method to hide image information in an array of printed rods that all look nearly identical. They used the technique to conceal both grayscale and 64-color QR codes, and even embedded two QR codes into a single image, with each code viewable using a different polarization. To the naked eye the images look like an array of identical-looking lines, but when viewed with terahertz radiation, the embedded QR code image becomes apparent.

The new technique allows printing of different shapes that form a type of metamaterial—synthetic materials that exhibit properties that do not usually exist in nature. Although there is much interest in manipulating metamaterials to better control the propagation of light, most techniques require expensive lithography equipment found in nanofabrication facilities to pattern the material in a way that produces desired properties, researchers said. 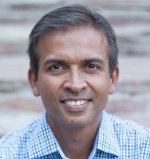 Research leader Ajay Nahata. Credit: University of Utah “Our very easy-to-use method can print complex patterns of rods with varying conductivity,” said Nahata. “This cannot easily be done even using a multimillion-dollar nanofabrication facility. An added benefit to our technique is that it can be performed very inexpensively.”

With an inexpensive printer costing less than $60, the technique produced images with a resolution of about 100 microns. With somewhat more expensive but still commercially available printers, 20-micron resolution should be achievable, the team said. Although they used QR codes that are relatively simple and small, researchers said the technique could be used to embed information into more complex and detailed images using a larger canvas.

The researchers used terahertz radiation to read the coded information because the wavelengths in this region are best suited for imaging the resolution available from commercial inkjet printers, Nahata explained.

The team is now working to expand its technique so that the images can be interrogated with visible, rather than terahertz, wavelengths, while also exploring the possibility of using different kinds of inks that could make the embedded information even more secure.