Scientists at the Imperial College London and DNA Electronics have developed a USB stick that uses a drop of blood to detect HIV, something that could be used in the future for patients with HIV to monitor their own treatment.

The USB device creates an electrical signal that can be read by a computer, laptop or handheld device, and has been shown to be very accurate, producing results in under 30 minutes. Scientists say the technology monitors the amount of virus in the bloodstream, a crucial task in monitoring a patient’s treatment. 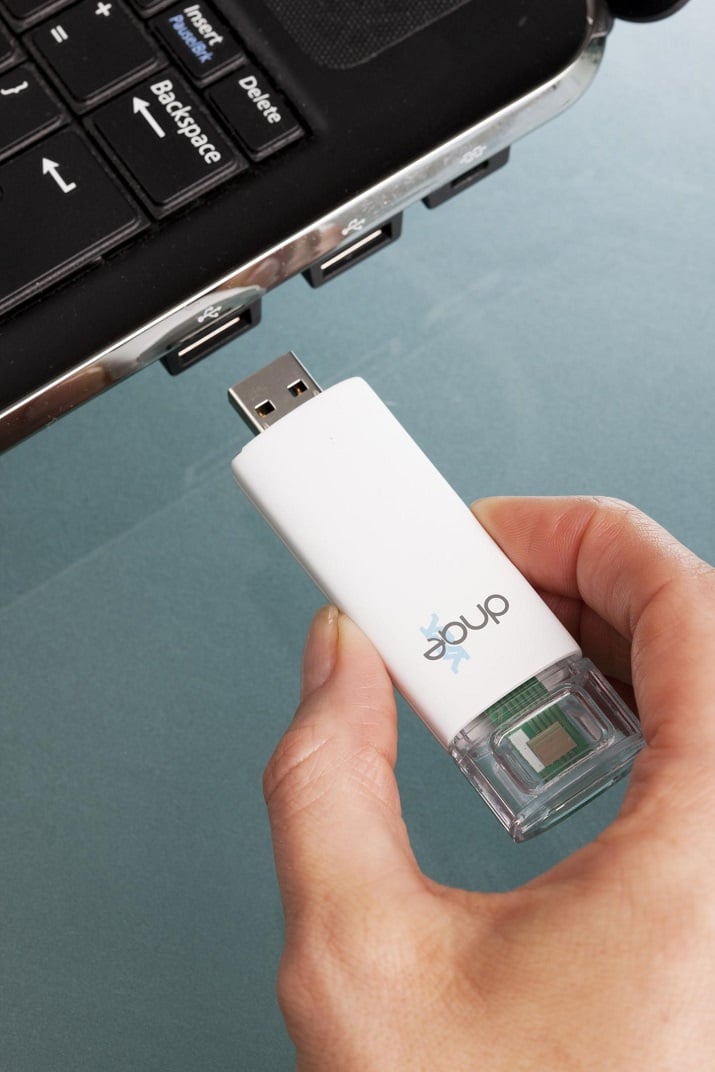 The technology allows testing for HIV to be done in a matter of minutes rather than days. Source: Imperial College London Current tests to detect the amount of virus takes at least three days, maybe even longer, and involves blood samples being sent to the laboratory. In many parts of the world and in places where HIV infections are the highest, there is no test at all. So scientists believe this technology could be particularly powerful in remote regions in sub-Saharan Africa, where easy testing access may not be feasible. The possibility of determining if a patient is infected with the virus is crucial to his or her long- term health and survival.

“HIV treatment has dramatically improved over the last 20 years—to the point that many diagnosed with the infection now have a normal life expectancy,” says Dr. Graham Cooke, senior author of the research from the Department of Medicine at Imperial. “However, monitoring viral load is crucial to the success of HIV treatment. At the moment, testing often requires costly and complex equipment that can take a couple of days to produce a result. We have taken the job done by this equipment, which is the size of a large photocopier, and shrunk it down to a USB chip.”

Cooke says that while the technology is still in its early stages, it could allow patients to monitor virus levels in the same way that people with diabetes check their blood sugar levels. The device could also provide an easier way to determine if medication for HIV stops working because it has developed a resistance to the drugs.

The technology was developed in conjunction with an Imperial College London spinout company, DNA Electronics, which is using the same technology to develop a device for detecting bacterial and fungal sepsis and antibiotic resistance.

The HIV stick uses a mobile phone chip and needs just a small amount of blood that gets placed onto a spot on the stick. If the HIV virus is in the sample, it triggers a change in the acidity which the chip transforms into an electrical signal. This signal is sent to the USB stick and produces the result in a program on a computer or mobile device.

Scientists tested 991 blood samples and achieved an accuracy rate of 95%. The average time to produce a result was 20.8 minutes.

The next steps are to see if the device can be used to test for other viruses, such as hepatitis.