Supercapacitors have become a popular research area among scientists and engineers given their energy storage capabilities that allow for rapid charging and intense power bursts. One problem with supercapacitors, though, is that they’re made of carbon, which requires high temperatures and harsh chemicals to produce.

But now, researchers from MIT have created a carbonless supercapacitor that could even produce more power than existing versions. 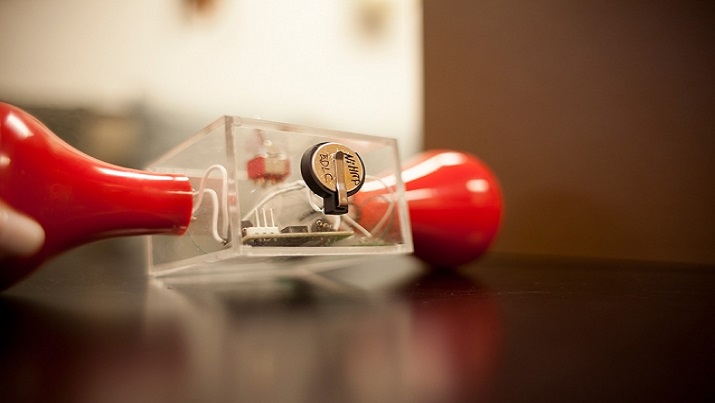 Dincă and his team have been exploring a class of materials called metal-organic frameworks, or MOFs, for years now. MOFs are absorbent structures with an extraordinarily large surface area for their size – much greater than the carbon materials do.

Since a supercapacitor’s performance depends on its surface area, this is an important characteristic to possess.

MOFs have a major drawback for such applications, though. They are not very electrically conductive, another essential property for a material used in a capacitor.

“One of our long-term goals was to make these materials electrically conductive,” said Dincă, even though doing it had the potential to be a very difficult, maybe even impossible task.

The material did exhibit another necessary characteristic for such electrodes: it conducts ions very well.

The material used in the MIT team’s experiments can be made under less harsh conditions than those needed for the carbon-based materials, which require high temperatures above 1,500 ° F and strong reagent chemicals for pre-treatment.

According to MIT, supercapacitors have the potential to play an important role in making renewable energy sources practical for widespread deployment by providing grid-scale storage that could help match usage times with generation times or be used in electric vehicles, for example.

The newly developed device already matches or exceeds the performance of existing carbon-based versions in key parameters like ability to withstand large numbers of charge/discharge cycles. The researchers’ tests showed that the supercapacitors lost less than 10% of their performance after 10,000 cycles –comparable to existing commercial supercapacitors.

Dincă believes this is just the beginning and that optimizing their molecular configurations to provide the most desirable attributes for this specific application could result in versions that outperform any existing materials.

“We have a new material to work with, and we haven’t optimized it at all,” he says. “It’s completely tunable, and that’s what’s exciting,” he added.

Aside from the new supercapacitor uses, the conductive MOFs could even be useful for making electrochromic windows, which can darken with the flip of a switch, and chemoresistive sensors, which could be useful for detecting trace amounts of chemicals in medical or security applications.

While the MOF material has advantages in the simplicity and potentially low cost of manufacturing, the materials used to make it are more expensive than conventional carbon-based materials, Dincă says. “Carbon is dirt cheap. It’s hard to find anything cheaper.” But even if the material ends up being more expensive, if its performance is significantly better than that of carbon-based materials, it could find useful applications, he says.

The breakthrough could result in many changes to come and opens the doors to a plethora of applications.

Learn more about the technology at MIT.