A strong fourth quarter for enterprise router sales was not enough to lift the global market to growth in 2014. Sales declined 3% for the year, dragged down by poor performance in the first three quarters, according to IHS.

In the fourth quarter of 2014, enterprise router revenue totaled $974 million, a 4% increase sequentially but down 3% from the same quarter a year ago. Revenue growth in the fourth quarter was brought down by average selling prices (ASPs) declining in the branch and mid-range categories, IHS says. 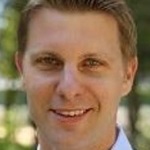 Matthias Machowinski“High-end routers continue to do well, driven by new data center deployments and large enterprise headquarters upgrades, but the mid-range and branch office segments both declined due to a focus on cost reduction and shifting preferences to low-end routers,” Machowinski says.

IHS’ analysis into the enterprise router market in 2014 also found: