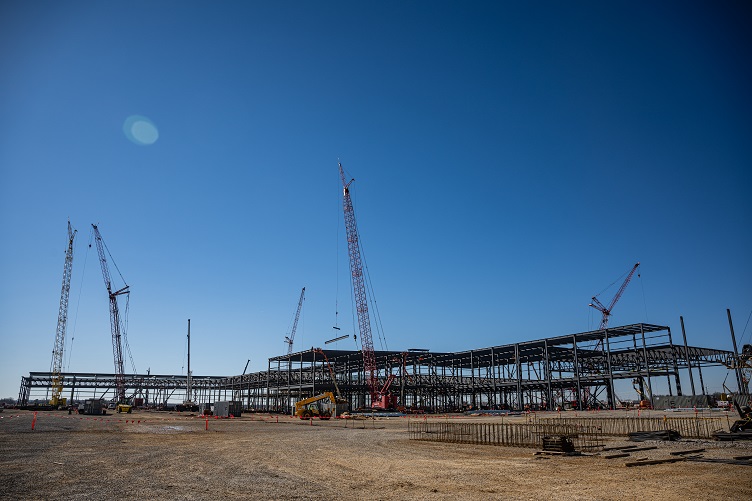 Ford and SK have broken ground on the twin battery factories that will product EV batteries in Kentucky. Source: Ford

Ford said the construction progress at the plant will bring Ford closer to its target of producing an annual rate of 2 million EVs globally by the end of 2026.

Ford announced it would invest an additional $20 billion to the already $22 billion the company is spending on the transition to electrification. Of this original $22 billion includes the two new mega campuses in Tennessee and twin battery plants in Kentucky.

Ford will transition to electric models as the primary business starting in 2030. Ford said it will only sell EVs in Europe by 2030, completely phasing out its gas-powered vehicles in the region. Previously, Ford opened a battery lab in Ion Park, specifically for all-EVs.

These new factories will deliver a carbon-neutral manufacturing system and will help the company reach carbon neutrality.

The 1,500-acre BlueOval SK Battery Park will be co-branded as a learning facility within the Kentucky Community College system and will include a $25 million investment by the Commonwealth of Kentucky.