Forget the CHIPS Act, IRA will create a US chip boom 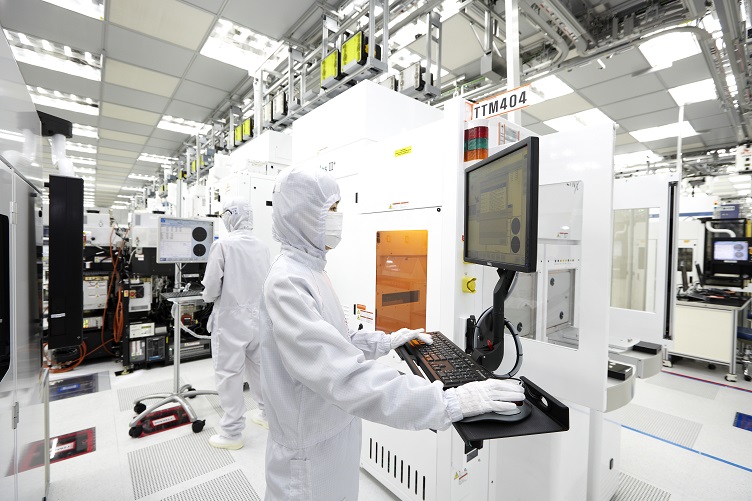 Workers operate semiconductor equipment inside a cleanroom. While the Chips and Science Act will boost domestic chipmaking, the Inflation Reduction Act will be equally as important. Source: SK Hynix

While the Inflation Reduction Act (IRA), signed into effect by President Biden on August 16, is labeled as an economic act, it is already being touted by some as the most significant climate legislation in U.S. history. It designates $369 billion toward expanding the U.S.’s clean energy sector, partly to bring lower energy prices to households, thus mitigating the effects of rising inflation.

A more careful look at the IRA, especially in context of the recent CHIPS Act passed earlier the same month, reveals that it has equally significant implications for the U.S. semiconductor industry.

The clean energy sector is heavily dependent on semiconductors, as these microchips are at the core of machinery like solar panels, wind turbines and EVs. With the CHIPS Act laying the groundwork for a domestic semiconductor supply chain, the U.S. is likely looking to use it as a launchpad from which to spring this unprecedented clean energy sector expansion.

A major part of the IRA aims to make the U.S. a more attractive home for clean energy companies on both the manufacturing and energy production side. This incentive comes in the form of multiple tax credits, targeted mostly toward solar and wind operations.

The PTC and ITC do come with some fine print, such as a three year window in which companies must begin construction to qualify. There are also prevailing wage and apprenticeship requirements that determine whether companies qualify for all the aforementioned rates, or just 20%. Nonetheless, whether they manufacture devices or orchestrate projects, these tax credits serve as massive incentives for companies to expand their operations in the U.S.

Like the incentives listed above, the IRA also encourages households and individuals to invest in clean energy products through tax breaks.

Taxpayers who purchase a new or used qualifying EV will receive a $7,500 or $4,000 tax credit, respectively. This also includes vans, SUVs and pickup trucks whose MSRP falls below $80,000 and a special tax credit up to $40,000 on certain “heavy-duty” commercial clean vehicles, perhaps to entice businesses as demand-drivers in the EV industry.

The act also offers a tax credit to homeowners who install solar panels on their homes to the tune of 30% of the total cost, including labor costs and permitting fees.

Another homeowner tax credit affords up to $14,000 for the installation of “high-efficiency electric home” products and systems, ranging from kitchen appliances to HVAC systems.

By also stimulating demand for clean energy, this strategic allocation of funds sets all the economic gears turning. As the U.S. manufactures more clean energy related products and its citizens begin adopting the technology at higher rates, we could see the country’s clean energy sector reach new peaks. Not only does this help bring lower energy costs to citizens amid rising inflation, but it also has promising implications for the U.S. semiconductor industry.

With a potential boom of wind turbine, solar panel and EV manufacturing, transistors could see enormous growth. Transistors, such as IGBTs and SiC MOSFETs, play a critical role in perhaps the most important device within all these machines: the inverter.

Wind and solar inverters convert direct current energy (DC) into alternate current energy (AC), the latter of which allows the electricity to be distributed across the grid into homes and facilities. In EVs, the inverter plays the same role, turning the DC energy from the car battery into AC energy used to power the car’s various electronic components.

It’s also worth noting that wind and solar inverters are qualifying AMPC devices. This means that companies will receive tax credits for each of these core components that they manufacture, easing the overall cost of projects.

Along with transistors, another type of semiconductor that could see higher demand is multilayer ceramic capacitors (MLCC). A significant portion of MLCC demand is driven by the automotive industry, specifically as it pertains to EVs. A single EV can contain up to 18,000 MLCCs, and as EVs become more sophisticated, that number is expected to grow rapidly.

With the EV ultimately poised to grow far beyond its current capacity, the IRA’s tax credit may prove to be a supplemental catalyst for demand.

Less than one month out from the signing of the IRA, the U.S. has already begun to see a swell in domestic manufacturing.

While this news makes for exciting times now, a look ahead reveals the real synergetic effect between the CHIPS Act and the IRA. As many of the semiconductor fabs brought over by the CHIPS Act start to break ground, they will be poised to come online around the same time as these clean energy factories. At that point, the U.S. semiconductor industry will be in a perfect position to prop up the clean energy sector as it facilitates perhaps the biggest solar, wind and EV boom yet.

Luke LeSaffre is the chief revenue officer at Fusion Worldwide. Fusion Worldwide has spent more than 20 years serving as an integral link in customers’ supply chains, solving both short-term challenges and providing long-term support. Fusion offers comprehensive solutions for its customers across numerous verticals including computing, IT infrastructure, automotive, industrial automation, consumer electronics, medical and more. Headquartered in Boston, Fusion Worldwide has grown into a $3B global organization, with nearly 600 employees at 28 offices throughout the Americas, Europe and Asia.