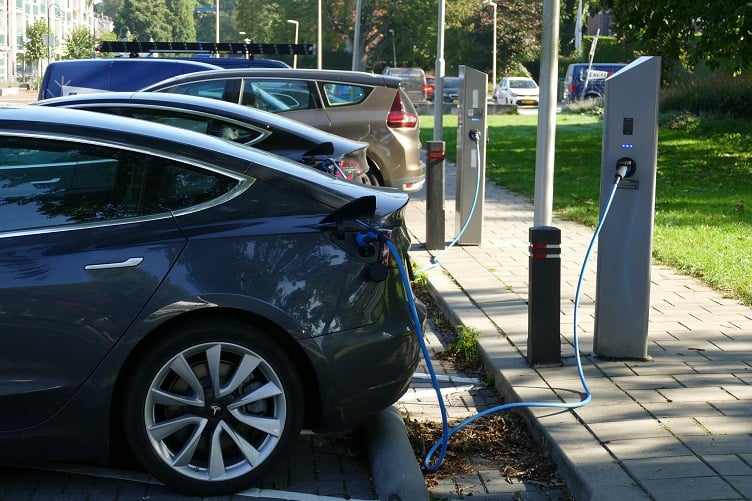 35 states will be the initial deployment of EV chargers for Biden-Harris Administration’s goal to build a network for the automotive transition to electrification. Source: Eveline de Bruin/Pixabay

The first phase of funding for a planned electric vehicle (EV) infrastructure deployment in the U.S. has been approved, sending $900 million to 35 states to build EV chargers across 53,000 miles of highway.

The funding was approved by the Biden-Harris Administration as part of the National Electric Vehicle Infrastructure (NEVI) program that would fund the building of EV charging stations during the rest of this year and into 2023. NEVI is part of the Infrastructure Law that will give $5 billion over five years to states to build a reliable EV charging network across the country.

This first phase is part of the Biden Administration’s larger goal to build 550,000 charging stations through 2030 as the automotive industry transitions to electrification because of consumer demand and the efforts to fight climate change.

The transition is being undertaken by automotive OEMs including U.S. based Ford Motors and General Motors to transition away from gasoline- and diesel-powered engines to electrified models. The goal is to sell a majority of EVs by 2035. Some states, such as California, are also transitioning quickly by outlawing the sale of gasoline vehicles by 2030.

“Today, with funding in President Biden’s Bipartisan Infrastructure Law, we are taking an important step to build a nationwide electric vehicle charging network where finding a charge is as easy as locating a gas station,” said Pete Buttigieg, U.S. Transportation Secretary. “With the first set of approvals we are announcing today, 35 states across the country — with Democratic and Republican governors — will be moving forward to use these funds to install EV chargers at regular, reliable intervals along their highways.”

The states that will receive funding to build the charging network include:

“Making electric vehicle charging accessible to all Americans is critical to achieving a transportation sector that improves our environment and lessens our dependence on oil and gas,” said Jennifer M. Granholm, U.S. Secretary of Energy. “This first group of 35 plans from States, the District of Columbia, and Puerto Rico now have the green light to build their pieces of the national charging network to ensure drivers can spend less on transportation costs while commuting confidently by charging along the way.”

NEVI is just one way that the Biden-Harris Administration is going to expand EV charging stations. Other measures will help as well.

The Inflation Reduction Act will provide tax credits for new and used EVs and make an additional $3 billion accessible to support access to EV charging for economically disadvantaged communities.

The CHIPS and Science Act will provide $52.7 billion for semiconductor manufacturing research and development including funding for legacy chips used in automobiles.