The last decade has seen the rise of collaborative robots popularly known as ‘cobots’ in the manufacturing industry. Collaborative robots can be designed for a variety of uses, and are often designed to work alongside humans in a factory environment, picking and packing products, and palletizing them. These machines also can be designed for the service industry and transporting materials within a building. As the demand for these robots has increased, so have the number of companies developing and selling them. 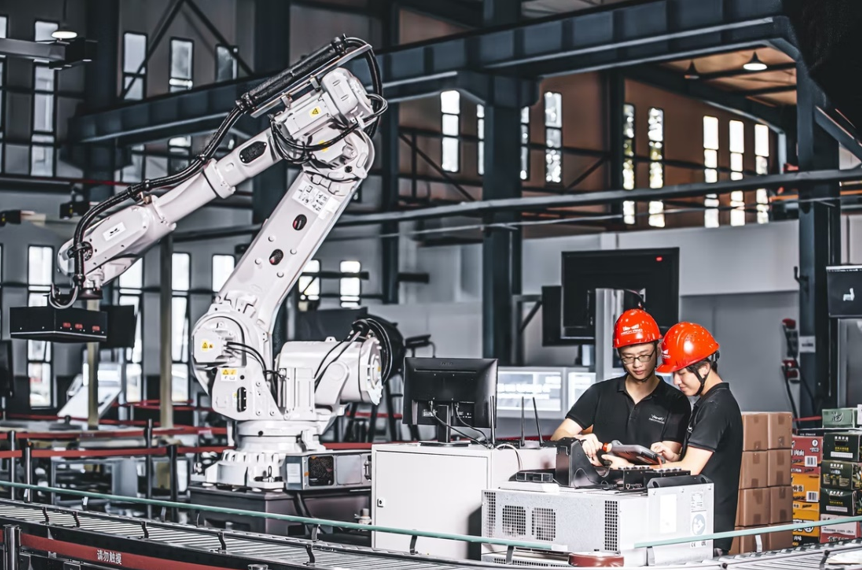 Collaborative robots are automated machines that work alongside humans to complete a task. They are commonly used in factories and warehouses to lift heavy objects or for repetitive tasks. The goal of cobots is not to replace human labor, but rather to assist people to perform jobs with greater ease. The increased safety of collaborative robots lends to their market success. 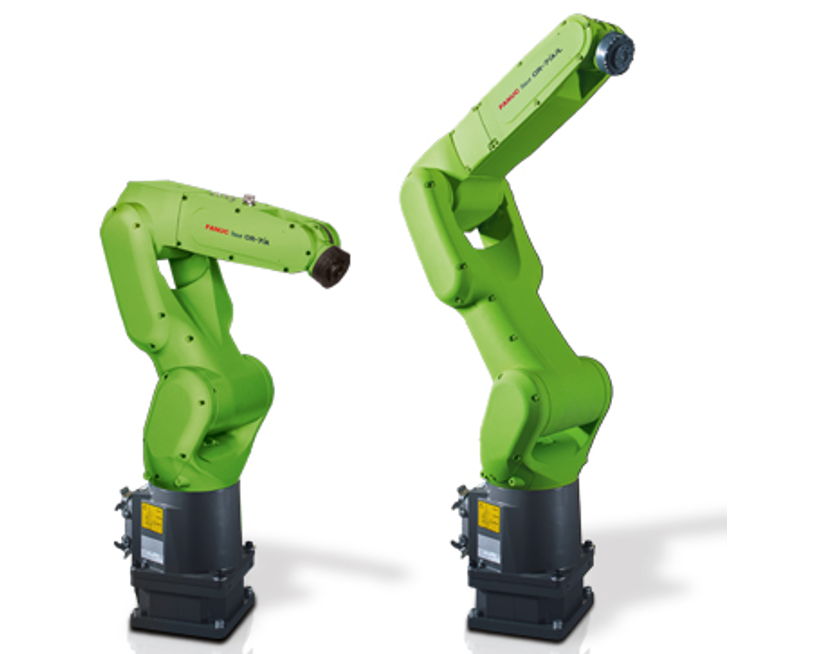 A variety of applications

Cobots work with people whereas typical industrial robots require safety fences and completely take over a given task. Collaborative robots can perform similar tasks as industrial robots but are smaller and lighter. Overall, cobots are more adaptable and have a smaller footprint.

Commonly, cobots are used to pick and place items. Manual picking and placing is a repetitive task performed by workers on production floors and warehouses. The high degree of repetition can lead to repetitive strain injury and the mundane aspect can lead to inattentiveness and mistakes. Sorting objects requires a more complex vision system but simple pick and place functionality can be achieved using a gripper or vacuum cup effector.

Cobots can be used for lower skill level manual operations while technicians and workers can take care of higher skill level tasks. The result is labor savings, less downtime and higher productivity. 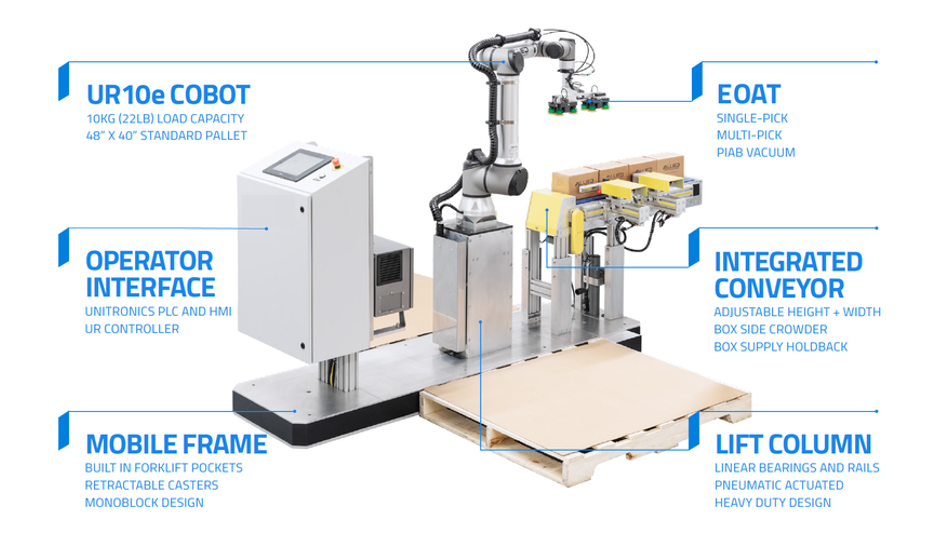 A subset of pick and place functionality is packaging and palletizing. When products are ready for shipment a collaborative robot can shrink wrap, assemble and load boxes, and collate or place boxes on pallets for shipping. Tasks like this are repetitive and simple and involve smaller payloads, making them aptly suited for cobots. To perform these tasks, cobots are equipped with vision systems for products with non-uniform shapes and conveyor tracking when movement needs to be synced with a conveyor.

Asides from these tasks, collaborative robots can be used in machine tending, process tasks, finishing tasks and quality inspection.

Using mechanical creatures to perform tasks normally performed by humans has long been imagined. The first known robot was created by the mathematician Archytas around 400 to 350 BC as a mechanical bird. Drawings representing a mechanical knight were found dated 1495 from Leonardo da Vinci. The term robot was coined by the Czech writer K. Čapek in his play R.U.R. ‘Rossum's Universal Robots’ (1920). In Czech the word robota means ‘forced labor.’

It was not until 1995 that the first cobot was invented. J. Edward Colgate and Michael Peshkin invented the first cobot and defined it as 'a device and method for direct physical interaction between a person and a computer-controlled manipulator.'

Cobots and the IIoT

The industrial internet of things (IIoT) has begun to converge with robotics, creating a greater level of cooperation and efficiency. Artificial intelligence (AI) allows cobots to process data in a way that simulates human thinking, behavior and function. Machine learning (ML) incorporates algorithms with the robot’s experience to improve its performance.

Cobots process information garnered from numerous sensors that can be effectively integrated with ML and AI. This combination allows cobots to successfully engage with humans in industrial environments. Programming a cobot to perform a new task can be as simple as a human operator manually moving the cobot through the desired motion.

Intelligent edge computing allows for cobots to coordinate and handle vast amounts of data closest to the location of operation. Intelligent edge processing meets the needs of localized data management and enables processing to be done locally rather than remotely.

Edge devices connected together in the IIoT are increasing in capabilities and intelligence. This advancement is the next step in autonomy for robotics.

A collaborative future in manufacturing

Cobots can perform under extreme conditions and lead to less waste and faster production times when compared to manual labor performed by humans alone. Many organizations are turning to collaborative robots to support human labor. This hybrid work environment where people work alongside machines will be integral in the future of manufacturing.

Jody Dascalu is a freelance writer in the technology and engineering niche. She studied in Canada and earned a Bachelor of Engineering. Jody has over five years of progressive supply chain work experience and is a business analyst. As an avid reader, she loves to research upcoming technologies and is an expert on a variety of topics.