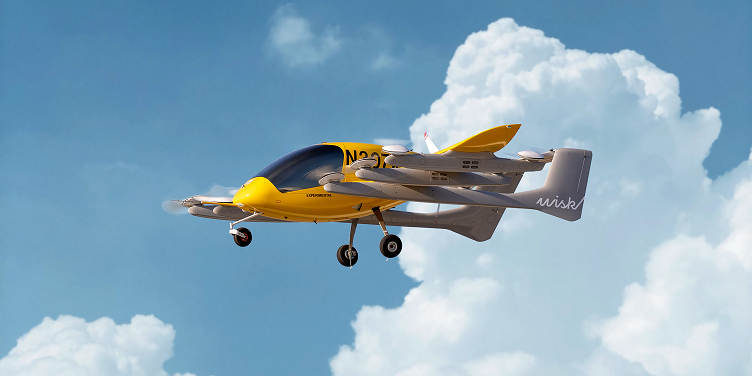 Wisk Aero is developing a four-seat electric vertical takeoff and landing (eVTOL) air taxi, after designing the aircraft secretly out of the public eye.

The prototype air taxi is the 6th generation aircraft from Wisk Aero and the first aircraft to contain four seats. All the previous eVTOLs that have been developed by the company were two seats only.

While the aircraft is currently testing, when it is launched commercially no pilot will be in the aircraft, allowing four passengers to travel in the air taxi to destinations locally.

The larger seat configuration provides more space for passengers and baggage while allowing a service that can also cater to those with disabilities. Additionally, the eVTOL’s larger capacity opens the possibility for future use cases such as higher payloads for cargo transportation and cabin volume to better support other applications and use cases long term.

Wisk has not yet set a date for certification of the autonomous air taxi, but the company has goals to provide passenger services in the world’s 20 busiest cities in the next decade. Initially launch of the aircraft could come as soon as 2024 with planned services in three cities.

Passengers could pay around $3 to $4 a mile to fly in an air taxi, eventually.

Other details about the eVTOL air taxi are not being unveiled until later this year.