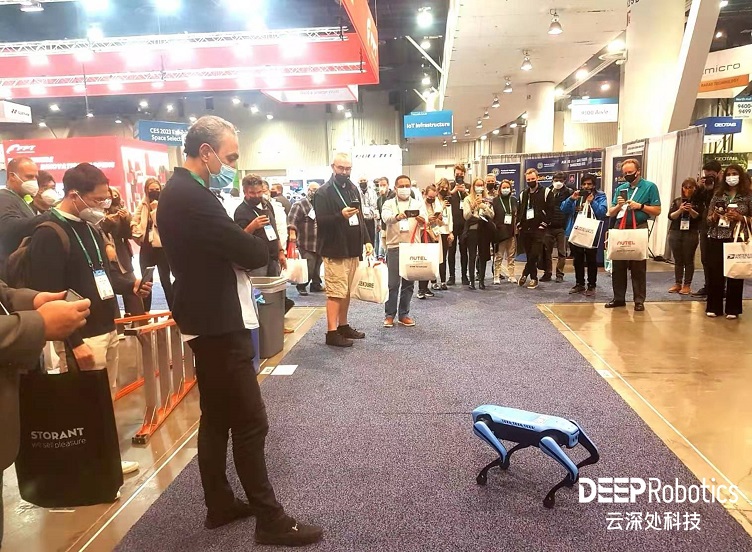 Called Jueying Lite2, the robot dog is designed for scientific research institutes, universities and hobbyists with an improved range of motion control as well as improved intelligent interactive options compared to its predecessor.

Robot dogs have gained traction in recent years after the introduction of Boston Robotics’ Spot that has been used across the world for pilot projects and even real-world work such as a job on an oil rig.

Some of the capabilities of Jueying Lite2 demonstrated at CES:

At the show, Jueying Lite2 was showed in the Alisys booth.

Deep Robotics develops numerous robots with a focus on key components and systems that improve capabilities of machines through cloud software and technology solutions, artificial intelligence and blockchain.

The company has tested its robots in a variety of scenarios including security patrols, reconnaissance and surveillance. Last year, a first-generation Jueying robot dog patrolled a 25,000 square meter substation and a 500 kV cable tunnel.