How self-driving cars perform in fog 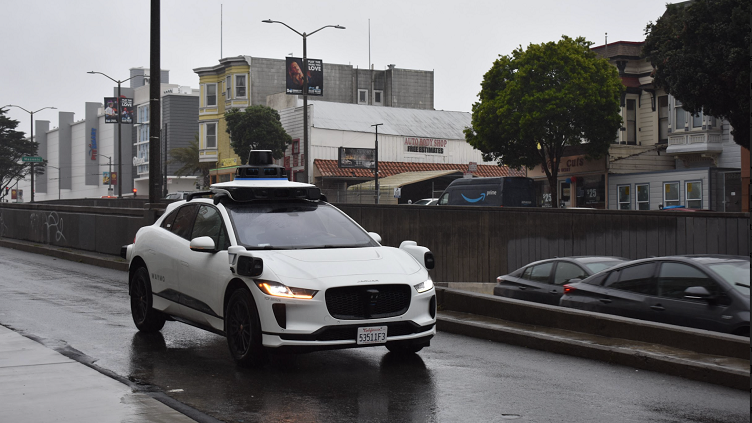 A Waymo self-driving car with additional sensors that look like horns on top of the car that are used to detect fog and other conditions in San Francisco. Source: Waymo

In San Francisco, fog is something that happens quite often. In fact, according to the National Oceanic and Atmospheric Administration (NOAA) there is a one-third chance a person will see clouds and fog in the forecast.

Waymo, the autonomous driving wing of Google, has been operating in San Francisco since August with part of the goal in mind to see how the technology operates in foggy conditions.

According to the U.S. Department of Transportation, more than 38,700 vehicle crashes occur in fog every year, resulting in over 600 fatalities and 16,000 injuries.

Fog is a challenging weather condition. It can range in densities, be patchy or affect a vehicle’s sensors differently. The fog can be thick enough that droplets can be seen on surfaces such as sensors, impacting how far these devices can see.

Waymo’s Driver uses an integrated system consisting of lidars, cameras and radars to view the world around it. It can see 360° in every direction, day or night and at a length of three football fields away.

The radar system complements the lidar and cameras with resolution, field of view and velocity measurement. Since it uses microwaves instead of light, weather conditions such as fog or mist can be seen through. Waymo said its sensor cleaning system also uses mechanisms to prevent droplets from causing issues. These include hydrophobic films to shape natural air flow around the sensors and pulsed air-puffer and wiper system to keep the sensors clean of mist, rain, dust and other road grime.

The company said performing its own weather testing will help to fuel its own learnings to co-train the sensors to detect local weather around the vehicles and adjust its behavior accordingly like when its foggy. Something particularly helpful in San Francisco’s microclimate.