System allows robots to work side by side with humans

Researchers from the KTH Royal Institute of Technology created a system that gives robots a new level of context awareness. This would allow them to work in collaboration with humans on assembly lines.

The human-robot collaboration system helps robots identify workers around them and the worker's skeletal model. This information enables the robot to recognize a worker’s pose and predict the next pose to move with humans, rather than stopping operations when a human gets too close. 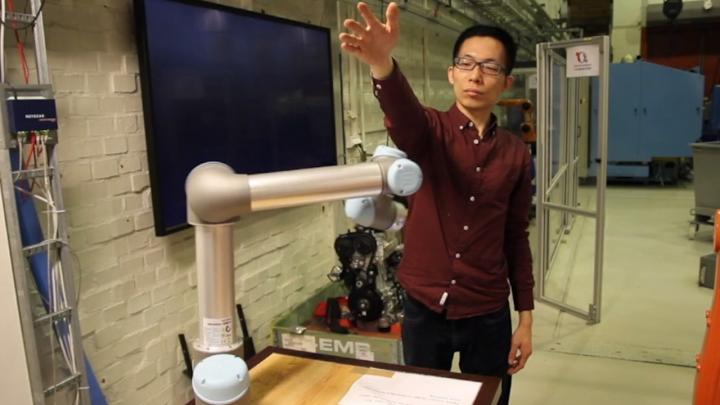 Context awareness offers better efficiency than the current, one-dimensional interaction currently used. When a human gets close to a working robot, it slows down. When humans get too close, the robot stops operating completely. This is a very inefficient way to work, but is the current International Organization for Standards requirement.

During testing, a robot arm was blocked by someone’s hand unexpectedly. Rather than ceasing operation, the robot predicted the trajectory of the human’s hand and the robot moved around it.

While the team is hopeful about their development, they say it would take industrial action to implement.

A paper on the new system was published in Robotics and Computer Integrated Manufacturing.