How a firefighting robot can help reduce human risk 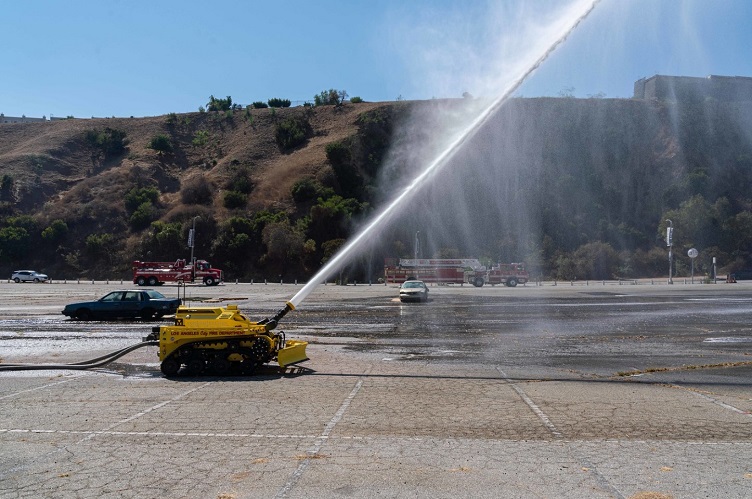 The Thermite RS3 robot was called into duty, responding to a commercial structure fire earlier this week. Source: LAFD

The Los Angeles City Fire Department (LAFD) has rolled out what it claims is the first robotic firefighting vehicle in the U.S.

Firefighters are commonly being put in harm’s way due to wildfires burning around California. This has led the LAFD to leverage technology that enhances firefighting operations that could help reduce the risk to human lives with the development of the Thermite RS3 firefighting robot. The robot can reportedly flow 2,500 gallons of water per minute and it is remotely operated with a controller connected to high-definition video feedback so a user can maneuver the robot through a variety of conditions.

The LAFD said the RS3 is not the answer to all types of firefighting, but the robot can assist with safe interior fire operations on large commercial fires, wood-frame structures under construction, structural defense during wildfires, animal rescues, fuel tanker fires, auto storage fires and more.

The RS3 already was called into duty, responding to a commercial structure fire earlier this week. The robot will be housed at Fire Station 3 in downtown Los Angeles as part of the Urban Search and Rescue Task Force. LAFD trained operators will help to train other operators in the department moving forward.

The firefighting robot weighs 3,500 lb, has a top speed of 8 mph, contains a front plow blade to push debris or vehicles and can run 20 hours without refueling.

It is unclear if this is a pilot project to see if the robot works well in the field or if a line of robots may be rolling out in order to help tackle the raging fires in the state. However, it is an interesting piece of technology that could help to not just battle California’s numerous wildfires, but to protect emergency services personnel fighting these statewide blazes.

Wildfires in California have reached a grim record so far in 2020, with more than 8,200 fires in the state and more than 4 million acres burned. The fires have claimed a total of 31 lives and more than 9,200 structures have been destroyed.