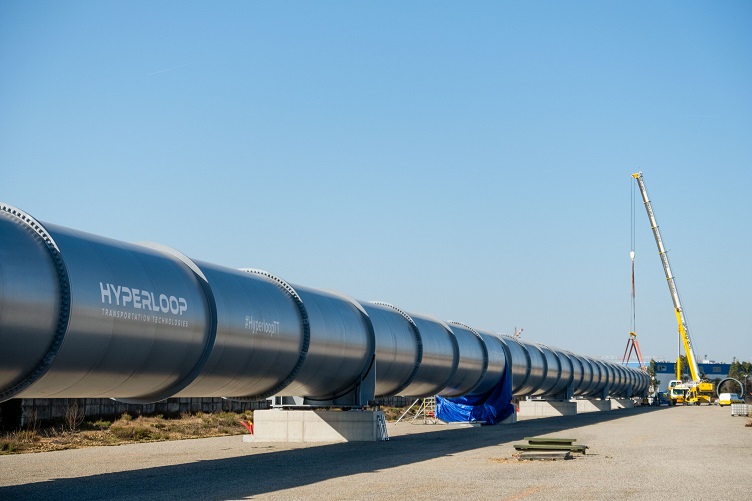 A glimpse of the hyperloop test track in Toulouse, France under construction. Source: HyperloopTT

The first approach is being undertaken by vendors such as Elon Musk’s SpaceX and The Boring Company, which involves constructing hyperloop networks underground to keep the infrastructure away from already developed cities and other transportation lines. The second approach involves building the hyperloop network above ground with the tracks supported by pillars similar to an enclosed railway.

Hyperloop Transportation Technologies is taking the latter approach and recently showed off its progress in building a 320 meter test track in Toulouse, France.

While the test track is still under construction, the company plans to begin testing in April with its Quintero 1 hyperloop passenger pod. In October of last year, HyperloopTT showed off its progress by building the Quintero 1, a 32 meter long pod made of the company’s so-called Vibranium — a specially made, dual-layer, smart composite material.

When the vacuum pump system is installed, which is planned to take place in the next few weeks, it will mark the completion of the track and it will be ready for testing. Unlike SpaceX and another hyperloop competitor, Virgin Hyperloop One, HyperloopTT has yet to test its passenger pod.

HyperloopTT has hyperloop networks planned for both Abu Dhabi and China and has explored feasibility studies to explore if the hyperloop system would be viable in other countries.