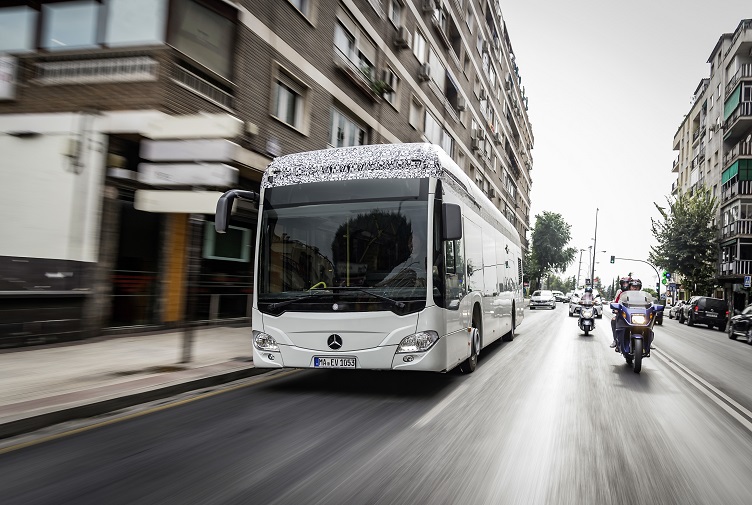 The Citaro fully-electric truck will enter series production before the end of the year. Source: Daimler

One of the major ways that cities can help reduce the amount of greenhouse gas emissions is to switch their public transportation fleets to fully-electric.

Hamburg, Germany, is getting in on the act after ordering 20 new fully-electric Citaro city buses from Daimler’s Mercedes-Benz division.

While the rollout will take some time, the first two units will be delivered to the city before the end of the year to local bus company Hamburger Hochbahn AG. By 2020, Hamburger Hochbahn plans to procure emission-free buses only.

"The first major order for our fully electrically powered, emission-free Citaro has been received even before the official premiere, demonstrating the confidence transport operators have in our concept for electromobility in urban public transport,” said Till Oberwörder, head of Daimler Buses. “With the Citaro, we are bringing a major component on the way to locally emission-free bus traffic to market."

The Citaro electric bus will enter into series production before the year’s end. The bus is based on a thermal management system, reducing energy consumption and increasing the operating range of the fleet. An energy-saving heat pump is used to arm the passenger compartment and the electric motors near the wheel hubs to power the rear axle.

The Citaro buses have a total battery capacity of up to 243 kWh and are cooled to the ideal temperature for maximum charge, maximum usable capacity and long service life, Daimler said. The plans are for the buses to be charged at a connector in the bus depot with future plans for charging stations to be implemented en route.