Researchers Found that Drones Can Help Farmers Manage Their Crops

Researchers from the University of Tennessee Institute of Agriculture researchers have found that unmanned aerial systems (UAS), also known as drones, could help farmers determine if their crop is growing correctly.

The study evaluated the ability of a UAS to accurately and precisely determine plant populations of cotton. Producers routinely assess plant populations early in the growing season to determine the state of their crop and what management decisions they need to make sure their crops grow the best. This is often done by counting the number of plants within a selected distance and repeating those counts in different locations through the field to find an average. 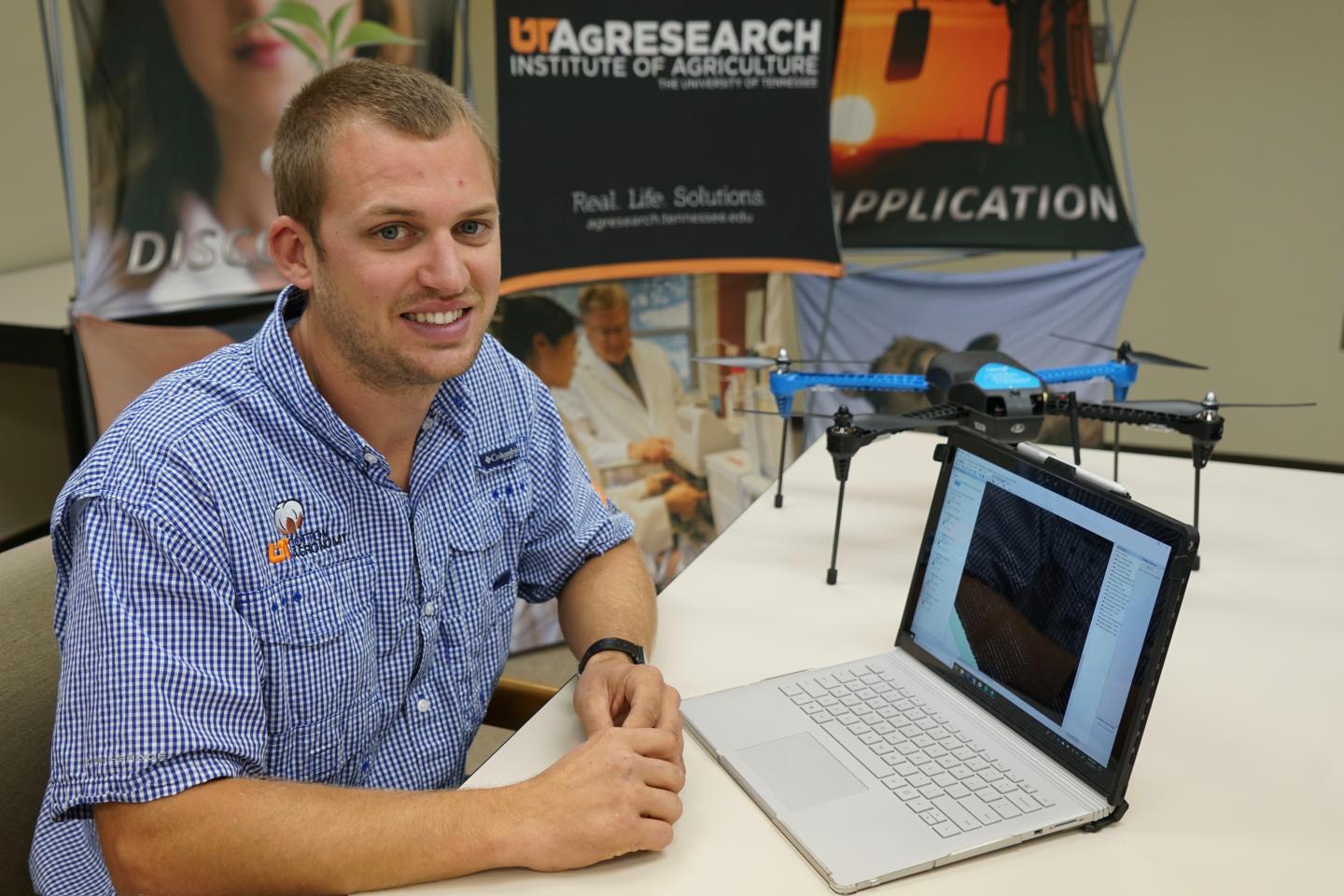 Shawn Butler, a graduate student at the University of Tennessee College of Agricultural Sciences and Natural Resources, analyzes cotton research plots from his laptop thanks to images obtained with an unmanned areial system (UAS), also called a drone. This research could help farmers improve crop monitoring. (Ginger Rowsey)

"This traditional approach is reliant upon a highly uniform plant population across the entire field and can be influenced by human bias," said Shawn Butler, a graduate student in the University of Tennessee College of Agricultural Sciences and Natural Resources. "Theoretically, an aerial approach could provide spatially dense information on plant populations across large areas quickly and remove human bias."

The researchers assessed plant stands of emerging cotton over two years through manual counting and through images from digital and multispectral cameras mounted under a drone. The drone was flown at varying altitudes ranging from 30 to 120 meters.

Of the two camera systems analyzed, the images produced from the multi-spectral camera proved to be the most accurate in estimating plant populations, with a 93 percent accuracy. The researchers say the red, green and blue (RGB) images produced by the less expensive digital camera still looks promising with an 85 percent accuracy with current methods and scripted programming.

"Based on initial results, the aerial imagery provided by either RGB or multi-spectral sensors may be a sufficient tool to improve accuracy and efficiency of plant stand assessment," said Butler. "The most impactful difference to the end user in deciding a method to use will be the cost between the two camera systems."

"Crop monitoring is a big obstacle for many producers," said Tyson Raper, project leader and assistant professor with the UT Department of Plant Sciences. "We want to continue to evaluate tools and methodologies that have the potential to help farmers overcome monitoring challenges, improve response time and increase profitability."

The researchers presented their study at the 2017 International ASA, CSSA and SSSA Annual Meeting held in Tampa, Florida.