How to improve pedestrian safety through technology 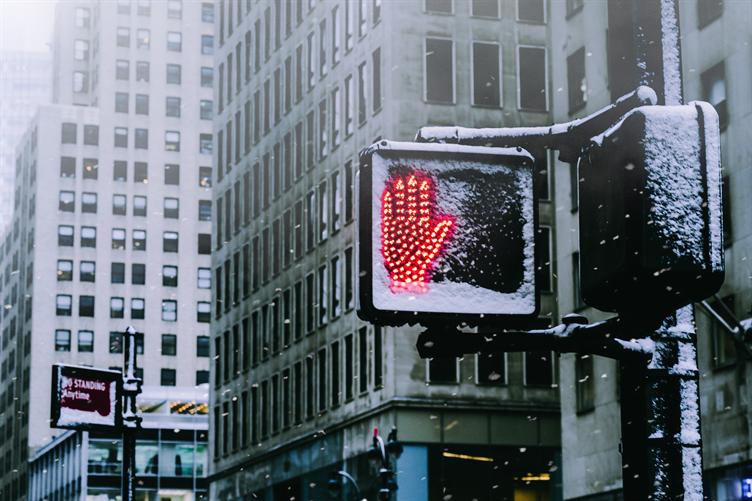 Pedestrian crashes are rare at crossings but when they occur, they can be deadly. Improving pedestrian safety can be a simple process and some methods are more effective than others. Choosing various pedestrian crash countermeasures involves in-depth analysis of the available roadway treatments.

Steps taken to improve pedestrian safety have drastically reduced the number of fatalities per year since the inception of the vehicle. For example, when vehicles just started gaining popularity in 1923 it was estimated that over 17,000 people a year were being killed by vehicles and most of them were pedestrians.

After some safety measures were put in place, pedestrian deaths decreased and in 1980 there were 8,070 fatalities. In 2021, it was estimated by the NHTSA that 7,342 pedestrians died in car crashes, which shows how impactful safety measures are to fatality rates as the population of America and the number of cars has continued to increase but pedestrian fatalities have decreased.

Municipalities are recommended to track locations where pedestrian crashes occur, whether fatal or not. Data can be collected, outlining a description of the location and identifying high risk locations. Spot safety analysis involves analyzing crash history at specific locations while system analysis involves evaluating the road network for safety conditions at many locations.

Data driven approaches help back up decisions for selecting priority sites to apply roadway treatments. Crash cluster analysis maps can provide a great visual for municipalities to evaluate high risk locations. A variety of factors need to be considered when evaluating causes for pedestrian crashes such as:

This collected data can shed light on the root cause of pedestrian injuries and fatalities by motorists. In some cases, speed limits might need to be reduced or more police checks for inebriation should be employed.

Roadway features play a major role in the recommended countermeasures. The number of lanes, presence of a median, speed and traffic volume are key contributors for deciding which roadway treatments are the most effective.

This may involve removing vegetation and installing more lights. High visibility crosswalk markings often have striping designs. None of the types of markings have been proven to be safer for pedestrians and it may simply be an aesthetic choice by the governing body or a choice to provide consistency with other preexisting crosswalks in the area.

Enforcing parking restrictions near designated crossings can prevent parked cars from inhibiting clear sight of incoming pedestrians. Pedestrian crossing warnings signs are often inexpensive ways to dramatically increase visibility (sign W11-2 in the MUTCD). Curb extension visually narrow the roadway to create shorter crossings for pedestrians and prevent obstructions from driver’s views. These are often viable candidates for uncontrolled pedestrian crossings and should not extend into paths for bicycles.

Pedestrian crossing signs are commonly used with refuge islands. Though in-street signs may not be visually prominent enough in roads with more lanes, higher traffic volumes and higher speeds.

Advanced stop here for pedestrian signs are recommended signage for crossings where speeds exceed 35 mph and where laws require that motorists stop for crossing pedestrians. These signs are placed 30 ft to 50 ft ahead of marked crosswalks to provide more space between the pedestrian and driver. This improves the sight line between pedestrians and motorists, allowing them both to react to situations with more notice.

Raised crosswalks allow pedestrians to cross at a constant grade, but these pose issues for truck routes, emergency routes and arterial streets. This roadway treatment is mainly recommended for two to three lane roads with no more than 30 mph speed limits and relatively low traffic volumes less than 9,000 AADT (annual average daily traffic). Drainage also needs to be accommodated.

Pedestrian refuge islands placed in the middle of two-way streets help pedestrians safely observe one direction at a time before crossing and may increase pedestrian safety.

A pedestrian hybrid beacon (PHB) can be a helpful addition to roads and only affects traffic once a button is pressed by a pedestrian. Research has shown that PHBs are mainly effective at roads with speeds greater than 35 mph and with three or more lanes, and AADTs around 9,000. PHBs and rectangular rapid-flashing beacons (RRFB) should not be installed at the same location. RRFBs are used to enhance conspicuities of pedestrian crossings often at school crossings.

Adjusting road diet may be a viable option after a traffic analysis is performed. Frequent road diet adjustments include adding a turning lane in the center. Typically, four lane undivided roadways are converted to three lane roadways with a center lane. This reduces the width of the roadway, so pedestrians have a shorter distance to cross.

Providing designated walkways is a simple way to reduce the risk to pedestrians traveling alongside roadways where there are no paved shoulders or sidewalks. Many types of pedestrian-involved crashes occur during low visibility times, such as nighttime or in cases of fog. The presence of a sidewalk can effectively reduce the risk to pedestrians walking along roadways. In 2020, 67% of all pedestrian fatalities occurred where no sidewalk was present.

Jody is a freelance writer in the technology and engineering niche. She studied in Canada and earned a Bachelor's of Engineering. Jody has over five years of progressive supply chain work experience and is a business analyst. As an avid reader, she loves to research upcoming technologies and is an expert on a variety of topics.