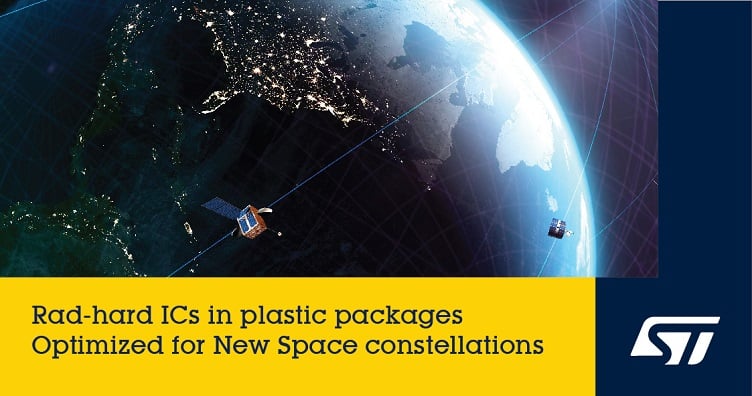 Nine devices have been launched for low earth orbit satellites with more devices to come in the coming months. Source: STMicroelectronics

These satellites for LEO would be used to deliver services such as Earth observation and broadband internet.

The series of devices will include a data converter, a voltage regulator, a low-voltage differential signaling (LVDS) transceiver, a line driver and five logic gates used in power generation and distribution, on-board computers, telemetry star trackers and transceivers. ST said it will roll out additional semiconductors to the series in the coming months.

What are LEO satellites?

LEO satellites are those that are in a lower orbital rotation of the Earth and because of this receive more atmospheric protection and are exposed to lower levels of radiation than traditional satellites launched into higher Geostationary Earth Orbits.

ST said its LEO rad-hard plastic parts are optimized for production flows and economies of scale. Also, they require no additional qualification or up-screening from their users, eliminating significant cost and risk.