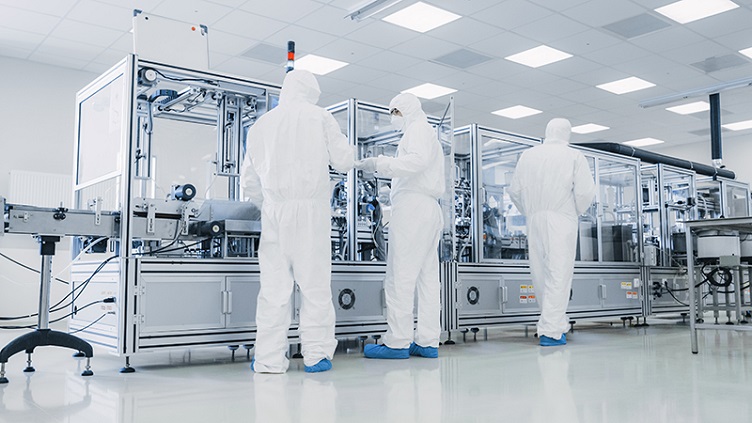 Without American semiconductor equipment makers available, SMIC might have difficulty keeping up with other foundries at advanced processs technologies. Source: AdobeStock

The U.S. Department of Commerce has acted to curb the use of components from Semiconductor Manufacturing International Corp. (SMIC), one of China’s largest chipmakers.

SMIC confirmed that the Trump Administration has issued the intention to restrict use of its components in a filing to the Hong Kong stock exchange.

The move by the Department of Commerce requires that American companies apply for an export license before selling its supplies to SMIC, including semiconductor equipment.

Last year, the Trump Administration signed an executive order declaring a national emergency against threats to American technology, adding Huawei Technologies and its affiliates to the Bureau of Industry and Security (BIS) Entity List.

While on the surface, the move was done to protect 5G technologies in the U.S., it also effectively blacklisted Huawei from doing business with U.S. companies. Other countries followed suit, banning Huawei from use in 5G deployment including New Zealand and Australia. While the U.K. initially did not rule out the use of Huawei from its 5G network deployment, later the country decided to not just stop using the Chinese networking equipment maker’s 5G technology but remove any already deployed equipment by 2027.

A U.S. ban on SMIC could cause widespread disruption to China’s chip supply chain as the chips are used in mobile handsets, telecom base stations and tablets. SMIC relies on U.S. equipment and software for production processes such as printing circuits and inspecting products.

As a result of the export restrictions, SMIC is stocking up on production equipment and crucial replacement parts as it braces for U.S. sanctions. SMIC is working with other Chinese chipmakers to create shared reserves of such parts and is adding a central warehouse to store these items.

Equipment suppliers including Applied Materials, Lam Research and KLA are expected to bear the brunt of the impact of the sanctions against SMIC. However, the export restrictions will likely have less of an impact on suppliers of silicon wafers and other raw chemical materials for semiconductors as these are mostly Japanese and European vendors, TrendForce said.

Taiwan leads the foundry market occupying a 65% market share, followed by Korea with 16% and China with 6%. SMIC, ranked fifth in the world for foundry services, is one of the few foundries in China with a roadmap to 14 nm and lower advanced process technologies supplying numerous companies worldwide with semiconductors, TrendForce said.

It is possible that SMIC could use domestic equipment suppliers for semiconductor equipment including Naura, AMEC, SMEE and GETGC but most of these companies cannot provide lithography and inspection equipment for processes as advanced as 90 nm. This may change in the next five to 10 years, however, as suppliers in China will ramp up their technology curve, TrendForce said.

In the short term, SMIC will be able to continue production, but in the future this export restriction could slow down capacity expansion plans for mature processes and advanced processes.

SMIC’s non-Chinese clients may redirect their orders to non-Chinese foundries such as GlobalFoundries in the U.S., TSMC or UMC in Taiwan or Korea-based Samsung, TaskForce said.

Given the state of Chinese domestic vendor equipment, TrendForce said the impact of the sanctions against SMIC will be greater compared to the adverse effects against Huawei. If it takes half a decade for Chinese equipment vendors to refine product offerings to meet advanced process technologies, SMIC will suffer major roadblocks in the development of these advanced processes. If broader U.S. sanctions against the Chinese semiconductor industry happen, SMIC could fare even worse.