Antenna beamwidth determines the expected signal strength given the direction and radiation distance of an antenna. The beamwidth will vary given a number of different factors such as the antenna type, design, orientation and radio frequency. Understanding beamwidth and how it influences a test environment is critical to accurate and repeatable tests.

How beamwidth is measured

To calculate an antenna beamwidth, it is first important to understand directional antennas and antenna gain. Gain is more than increased signal strength. It is directly associated with antenna directionality: increased signal strength in one direction is obtained by reducing signal strength in another. Antenna gain is referenced against a theoretical, pure omnidirectional antenna that radiates power equally in all directions, in the shape of a perfect sphere. Gain is measured in decibels (dB), which is a logarithmic scale since radio frequency (RF) power drops logarithmically with distance. All of these components of gain are important to consider during product testing to ensure that tests are correct, accurate and repeatable. 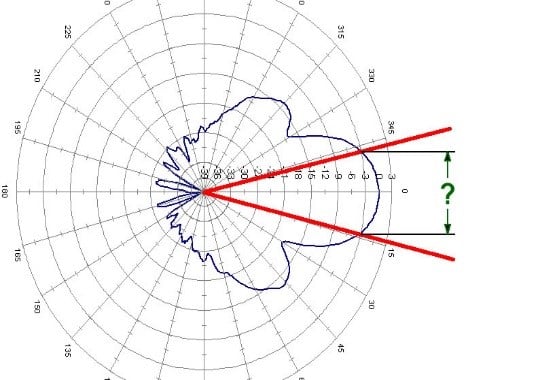 Figure 1. The half-power value, also called the -3 dB point, which is represented by the red lines in Figure 1, determines and defines the main RF lobe and its width, or beamwidth. Source: A.H. SystemsRadiation patterns of antennas are expressed on circular plots showing the lobes of propagation. These 2D charts represent a 3D signal and show where antenna gain is expected to be stronger and weaker. For a pure omnidirectional antenna, this would look like a circle in a 2D chart or a sphere in 3D, but most antennas have some directionality.

On a chart, directionality shows up as multiple radiation lobes that extend out from the origin, with higher gain represented by a longer lobe. Since directional antennas radiate in an expanding pattern, measuring and
evaluating the output or receiving gain in a particular direction for an antenna can be challenging.

Reducing the chart to a number on the width of the pattern makes the area of coverage seem larger than it really is. To account for this, the half-power value, also called the -3 dB point and represented by the red lines in Figure 1, determines and defines the main RF lobe and its width, or beamwidth. Given as a number for beamwidth, the half-power width is a more accurate representation of where the signal chiefly radiates.

Other factors to study in testing are the E and H fields. RF radiation consists of both magnetic fields (H) and electricfields (E), and these two field planes are always perpendicular to each other. This is important when an antenna is designed to radiate with a specific polarization. The polarization of an antenna corresponds to the E plane, although it also has a perpendicular H plane. Antenna polarization has a significant
influence on signal strength.

Accounting for different antennas and frequencies

Each antenna has a specific beamwidth pattern, but this pattern is not constant across all frequencies. Because of this, it is important to consider the frequency of operation when testing to account for beamwidth differences. Higher frequencies have a smaller wavelength; so, generally speaking, higher frequencies have a narrower beamwidth and are more directional. The divergence of the beam is related to the frequency by a formula, so it is fairly easy to account for these effects. 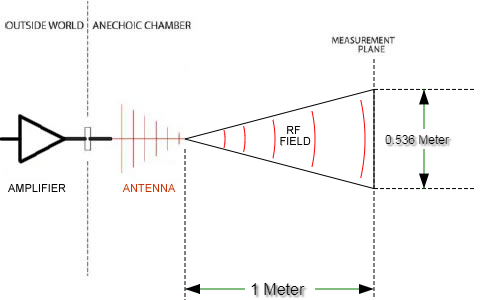 Figure 2. A typical test setup in an anechoic chamber with a log periodic antenna, where its beamwidth at 1 m covers 0.536 sq-m of testing area. This demonstrates the necessity of calculating the required testing distance relative to beamwidth and antenna. Source: A.H. SystemsEach antenna has different characteristics and directionality. Selecting the appropriate antenna with the corresponding beamwidth for a specific test is important. In addition to beamwidth, factors such as its resonant frequency, bandwidth, polarization and gain will play a role. No single antenna design can cover all aspects, so selecting the best antenna for each test is necessary.

Log periodic antennas have wide-frequency bandwidth while at the same time can also be designed to have a fair amount of directionality. Typically, the beamwidth of a log periodic is related to the boom length, element spacing, taper and number of elements. Beamwidth is typically used for testing the half-power. This can be calculated based on the antenna characteristics and is often obtained from the manufacturer. The half-power beamwidth of the antenna, along with the distance to the device under test (DUT) provides the information needed to set up a test environment. An online calculator is available from A.H. Systems Inc.

Horn antennas have reasonable directivity, are used at microwave frequencies and are fed by waveguides. They have a wider bandwidth than some other microwave antenna solutions, which makes them a good antenna choice for testing. Among the different kinds of horn antennas are the pyramid, conical or corrugated horn. The different types affect the radiation pattern and beamwidth. One such example is a
horn antenna designed to have polarity by flaring the sides so that it can be aligned with the E or H plane.

Testing products for RF compliance, output, susceptibility or other criteria is necessary to meet FCC requirements and to assure quality and design. Tests are done in an anechoic chamber designed to absorb RF energy so that only the intended signals are present. An antenna or antenna system is placed at various points around the device to determine its characteristics. A number of details must be taken into account, such as the test frequency, type of antenna, position, orientation, beamwidth as well as its distance to the DUT, all of which are important criteria to achieve repeatable and reliable results.

A spurious emissions test is designed to identify nonintended or non-primary transmissions from the DUT. This test is often done to comply with FCC part 15, but it may also be completed to understand how a device is operating or how it could influence devices around it. The test setup involves placing the DUT at a specified distance from a receiving antenna of a known beamwidth and observing the received signals at various frequencies, as well as antenna placement. The combination of this data creates a picture of all RF emissions from the DUT and determines if it is in compliance.

RF susceptibility testing determines how an outside RF signal will affect the normal function of a device. Like spurious emissions, testing is done in an anechoic room where a radiating antenna is placed a specific distance from the DUT. The antenna transmits a signal of a specified strength and frequency although multiple frequencies are often tested. A receiving probe may be used to ensure the field strength is
correct near the DUT. The device is then operated to determine when or if the outside RF interferes with normal operation and at what level. Devices such as radio receivers tend to be affected the most due to overloading the receiver, but devices such as computer equipment are impacted at some level due to interference with clock frequencies and other circuitry. This A.H. Systems’ calculator helps determine field strength.

Repeatability is important for any test and this applies to RF testing. Tests should be repeatable utilizing the same equipment and facility, and also should be repeatable at multiple places and with different equipment, provided the testing procedure is set up correctly and the equipment is calibrated. Some reasons for different results from an RF test are due to the testing antennas, so care must be executed during setup and test equipment selection.

Test setup is another important factor where beamwidth comes into consideration. To set up the system, an antenna with a known beamwidth that corresponds to the equipment and frequency is used to calculate the necessary distance to cover the entire DUT. Depending on the size of the DUT and the beamwidth of the antenna, it may be necessary to set up the antenna in multiple locations. Once the beamwidth has been calculated, it may be determined that it does not fully cover the DUT. In this case, it will be necessary to repeat the test with a second or third placement of the antenna so that the entire device is covered.