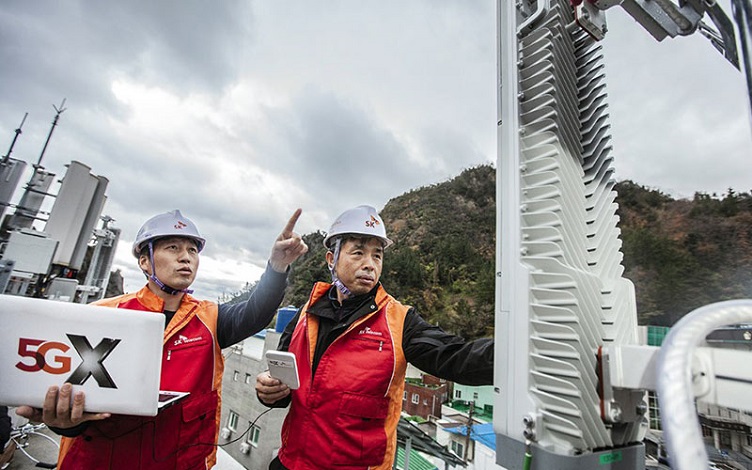 A 5G base station is installed in South Korea. Source: SK Telecom

South Korea was one of the first countries to go live with 5G, debuting a new network about a month ago. The South Korean government said that 260,000 consumers have already signed up for 5G service from the country’s numerous telecoms.

However, some consumers may not be happy with the service that is provided, according to The Korea Times. Complaints are cropping up over the range of coverage in the areas where the network has been deployed, as well as the speed of the 5G network.

5G is the next generation of cellular wireless network that promises improved speeds and latency than previous 4G LTE communication.

This is a common problem with nascent-stage, next-generation technology - it fails to deliver all of its features from launch. When 4G LTE networks were introduced, coverage was limited and speeds were not as fast as initially pledged. This changed as more equipment was deployed and the technology improved.

Jason Leigh, senior research analyst for mobility at IDC, believes that the 5G launches in 2019 will feel more like test deployments “in either name or spirit.” The transformational nature of the technology will come later, as speeds improve, he said.

5G deployments in U.S. cities have been limited to certain areas. When Verizon turned on its network in Chicago and Minneapolis, the coverage was limited to dense, downtown population areas and certain suburbs. Outside of these areas 5G service reverts back to 4G.

The South Korean government has ramped up the number of 5G base stations to 54,202. This is an important step because 5G has a much shorter transmission range than 4G LTE, requiring more cell stations and signal nodes. More base stations mean greater 5G coverage around the cities.